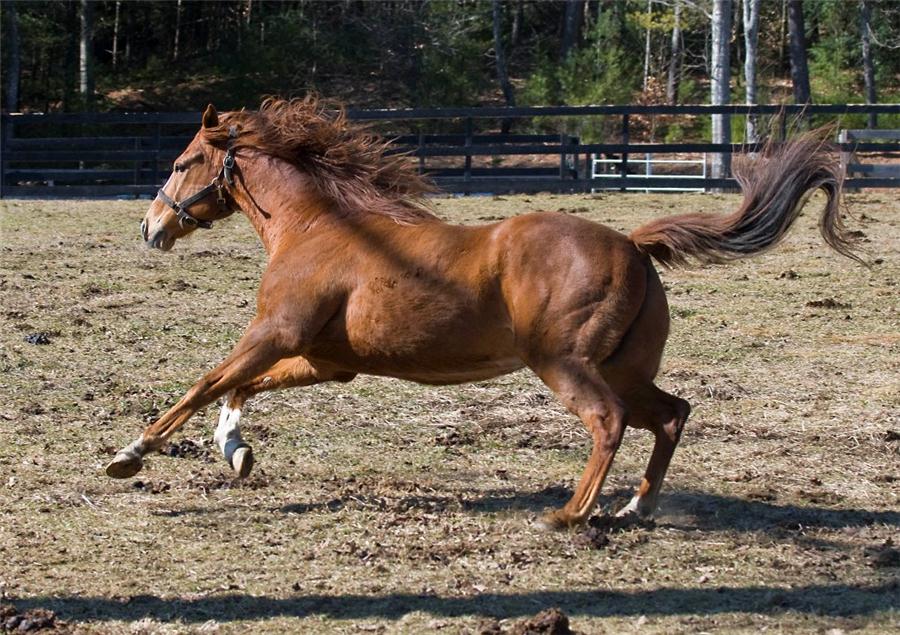 New York bred Red Down South raced successfully at Aqueduct, Belmont and Saratoga. His best performance came at five years old with a third in the New York Stallion Cormorant Stakes, a turf sprint at Aqueduct. From 2002 through 2007 he earned $116,650 from 32 starts. Racing sparingly, he stayed sound and retired sound, a tribute to the management he received from owner Dennis Brida and trainer Juliane Brida. “He’s a good, honest horse who tried every time he ran,” Dennis Brida recalls, “a real character, always getting into mischief. That’s why he’s one of the most photographed horses in New York.” After his racing days he became a family friend in the back yard, getting along with people and other horses alike. At the Cabin Creek division of Old Friends, Red has proved true to his reputation, a charmer, maybe a bit of a ham, graciously posing or pirouetting whenever a camera points his way.