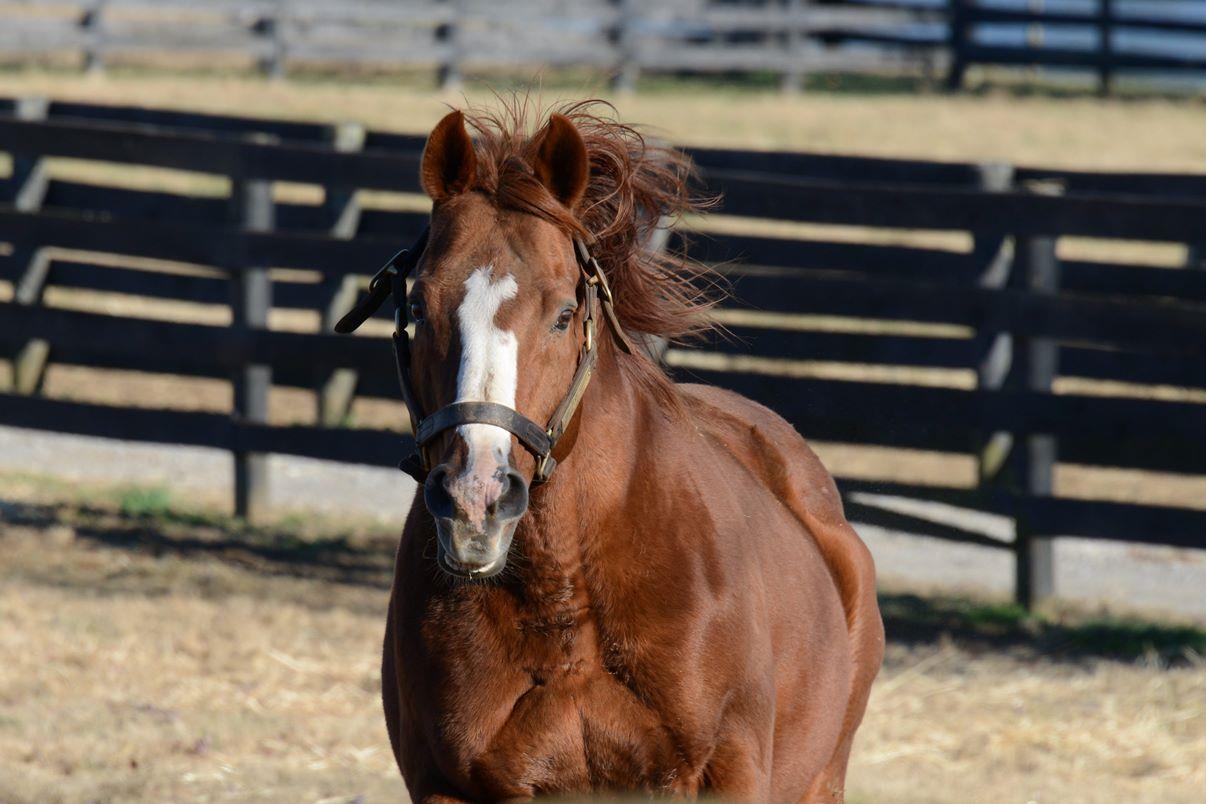 The now 25-year-old Ide was among the early favorites for the 1996 Kentucky Derby, having decimated the competition in a five-race win streak that culminated with victories in both the Southwest and the Rebel Stakes. But just prior to an expected romp in the Arkansas Derby, he suffered a career-ending injury. The news came as a tremendous shock to his owner, Peter Willmott (who also campaigned Old Friends retiree Williamstown). “When his trainer called me about his injury on April 1st, I thought it was an April Fool’s joke,” he has said. “That was a real blow. He deserved a shot at the classics.” Ranked among the top colts of his generation, Ide was on the board in eight of nine starts and retired with earnings of $363,780. Ide entered stud in 1997. After initially standing at the Lavin Family’s Longfield Farm, he moved to Louisiana and stood at Clear Creek Stud in Folsom for The Ide Group throughout the rest of his career. (In addition to Willmott, the Ide Group consists of partners Bryan Harang, Allen Peltier, and Harvey “Drew” Peltier, III) The handsome son of Forty Niner carried his talents over to the breeding shed. He is the sire of 16 stakes winners, including Louisiana-Bred Horse of the Year Ide Be Cool and champion colt Ide Like a Double. Noted Ide Group manager Drew Peltier: “The opportunity to live out his days at Old Friends where I know he will have plenty visitors and attention is like having a happy ending to a book or a movie. I couldn’t be happier for him.” And we couldn’t be happier to have him. Old Friends extends grateful thanks to Clear Creek Farm, Louisiana, for enabling flashy, personable Ide’s retirement with us. Share sheet info – click here. Donate to sponsor Ide. Receive a certificate & 8×10 photo

At Stud:
Stood at Clear Creek Stud in Folsom, LA.