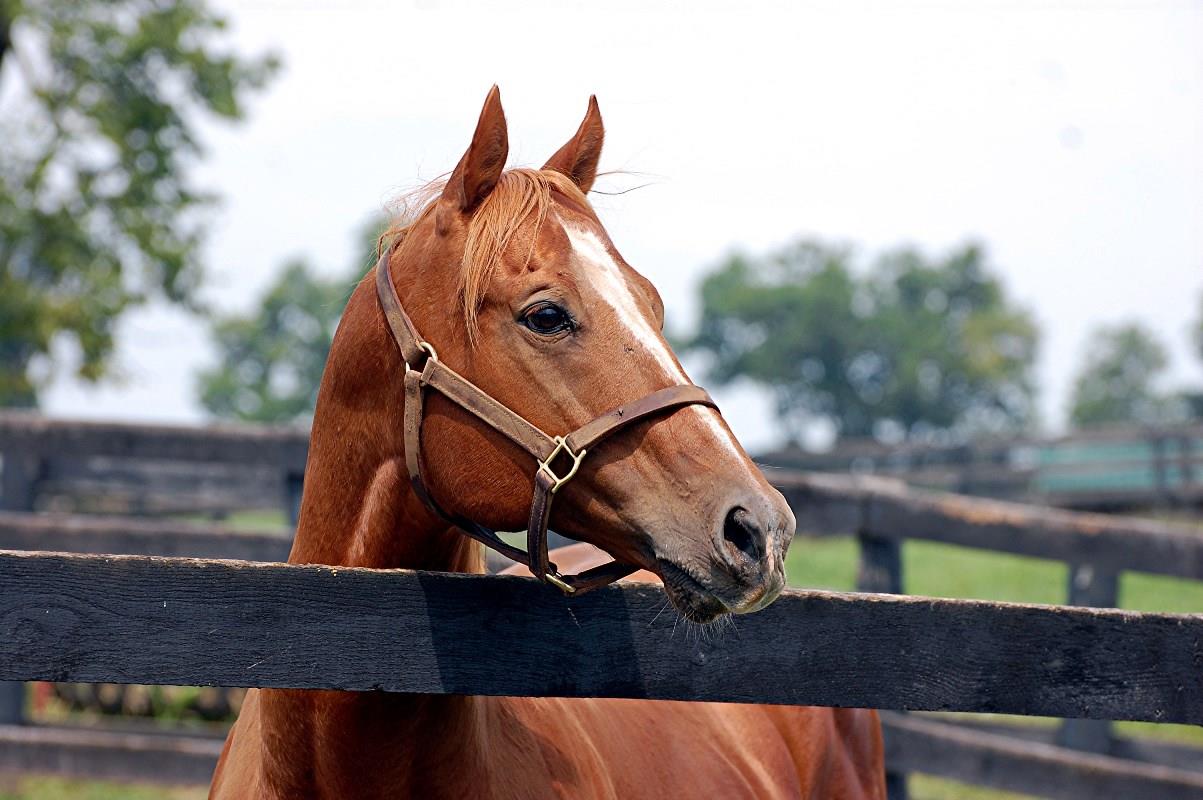 GEORGETOWN, KY – AUGUST 18, 2018 – Genuine Reward, one of the only living offspring of Kentucky Derby winning-filly Genuine Risk, was euthanized today at Old Friends, the Thoroughbred Retirement facility in Georgetown, KY., where he had been pensioned since 2015. The stallion was 25.

Genuine Reward never raced due to numerous health issues, but began a stud career at Meadowville Farm in The Plains, VA., and later at Eagle Point Farm in Ashland, VA., before eventually heading west to Sheridan, WY., where he stood as a polo stallion with the American Polo Horse Association run by owner Perk Connell.

The chestnut son of Rahy was retired and discovered for sale by acclaimed author Laura Hillenbrand (Seabiscuit, Unbroken), who promptly sponsored his placement at Old Friends.

Genuine Risk, campaigned by Bert and Diana Firestone, was only the second filly in history to win the Kentucky Derby. She finished second in a controversial edition of the Preakness Stakes behind Codex and was also second in the Belmont Stakes.

Retired in 1982, Genuine Risk had difficulty carrying a foal. After numerous attempts, she finally, in 1993, delivered Genuine Reward to great fanfare. But the colt’s anticipated racing career was never to be. He underwent colic surgery as a foal, had breathing problems as a yearling, and bucked his shins multiple times.

“He was such a sweet horse, and a tremendous fan favorite, as you might imagine,” said Old Friends president Michael Blowen. “We were so honored to add him to our roster. Our thanks go out to Laura Hillenbrand and Perk Connell for letting Genuine Reward spend his last years with us.”

History:
In 1980 Genuine Risk became the second filly to win the Kentucky Derby. She ran 2nd in both the Preakness and the Belmont, and won the 1980 Ruffian Stakes (G1). Her impressive career of 10 wins in 15 races in which she never finished less than 3rd was recognized by induction into the Racing Hall of Fame in 1986. But as a broodmare the champion attracted fans outside racing when her reproductive difficulties endeared her to women experiencing similar challenges. Genuine Risk had only two foals who lived. The first was given the appropriate name Genuine Reward. Also a son of the great sire Rahy, Genuine Reward raised hopes of achievements on the track and went into the barn of his dam’s former trainer, Leroy Jolley, but the chestnut colt just did not make a racehorse. He never started in a race. At four years old he went to stud at Blue Ridge Farm in Virginia and sired a some winners, but it was as a sire of polo ponies in Wyoming that he found a successful career. He retired and was relocated to Old Friends in 2015. In looks a smaller replica of his mom, Genuine Reward is intelligent, friendly and loved by all.