COMMA TO THE TOP 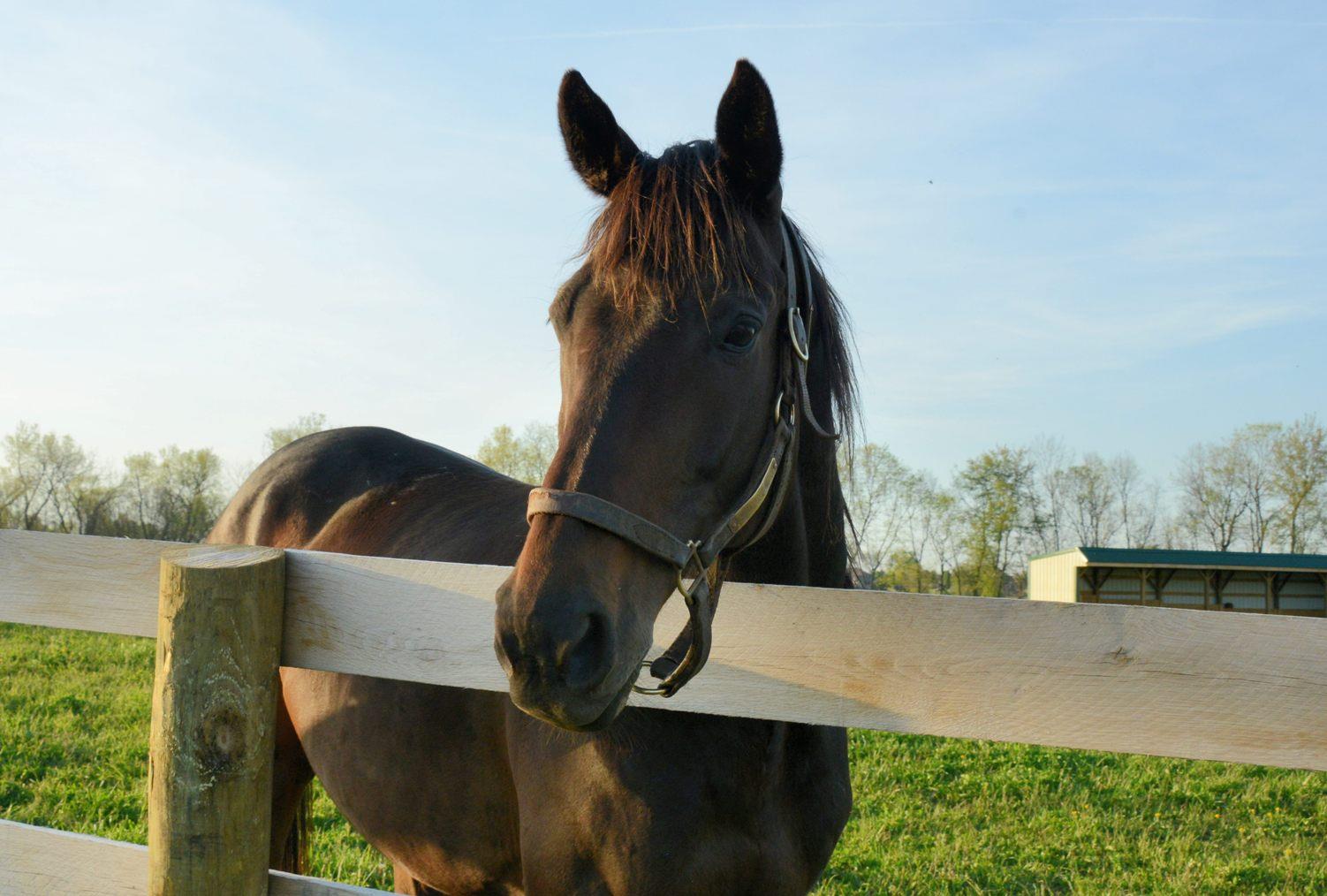 Owned by partners Gary Barber, Roger Birnbaum and Kevin Tsujihara, and trained by Peter Miller, Comma to the Top won the 2010 Real Quiet Stakes, Generous Stakes (G3), and the Grade 1 CashCall Futurity at two years old, with Corey Nakatani up. At three he embarked on the 2011 Derby trail, finishing forwardly in the El Camino Real Derby and San Felipe Stakes, lost by a only head in the Santa Anita Derby, but finished last in the Kentucky Derby. Shorter distances were his forte. He established himself at four as a stakes winning sprinter in the Pirate’s Bounty with Martin Pedrosa riding and stakes miler in Big Bear Handicap at Santa Anita. Later that year he won the 2012 Daytona Stakes (G3)—named for a fellow Old Friends retiree—with Edwin Maldonado in the irons. At five, Comma to the Top won his only east coast start, the 2013 Tom Fool Handicap (G3) at Aqueduct, under Joel Rosario. He also took the Cool Frenchy Stakes and Los Angeles Handicap (G3) at Hollywood Park, again teamed with Edwin Maldonado. Comma to the Top retired with $1,349,406 from 33 starts with 14 wins, 3 seconds and 2 thirds.

COMMA TO THE TOP