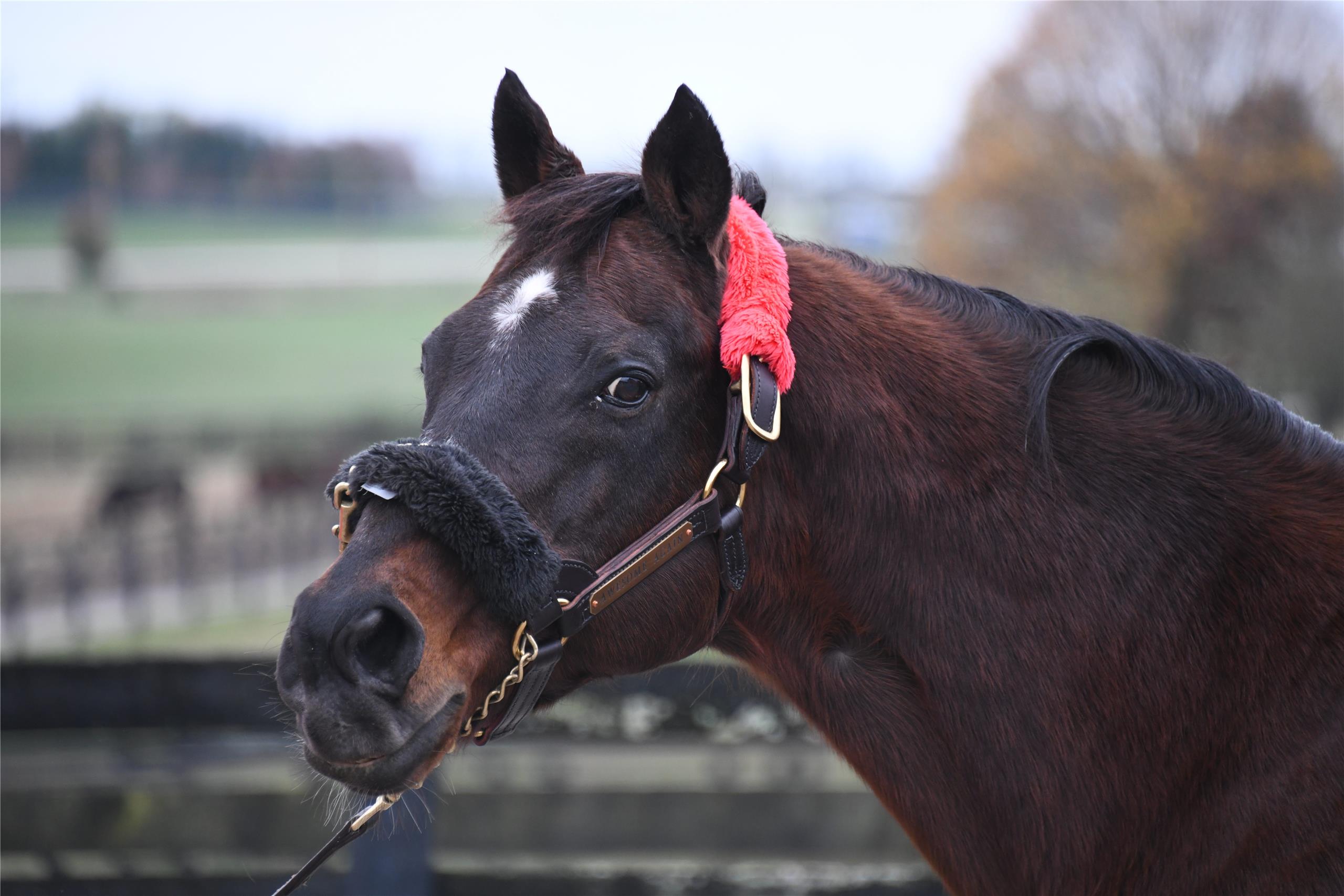 Photo Caption:
Obituary:
DECEMBER 16, 2020 – 1998 Breeders’ Cup Classic winner Awesome Again died very suddenly yesterday at Old Friends Thoroughbred Retirement farm in Georgetown, KY. The stallion was 26.
Michael Blowen, founder and President of Old Friends, made the announcement this morning.
The exact cause of death is unknown; however, a full necropsy is pending and a full veterinary report will follow.
The Canadian-bred son of Deputy Minister, Awesome Again had an exemplary resume as both a racehorse and a stallion. He broke his maiden at Hollywood Park in just his second start as a 3-year-old in 1997. He returned a few weeks later to capture that year’s Queen’s Plate Stakes at Woodbine. Back in the U.S. that summer the son of Deputy Minister went on to win the Jim Dandy Stakes (G2) and was third to Deputy Commander in the Travers Stakes (G1) at Saratoga.
At 4, he completed an undefeated season that included five graded stakes victories, among them The Stephen Foster Handicap (G1), The Whitney Handicap (G1), and one of the most memorable editions of the Breeders’ Cup Classic (G1), where, looking defeated, he rallied in the stretch to defeat grade 1 winners Coronado’s Quest and Swain and that year’s Kentucky Derby-Preakness hero, Silver Charm.
He retired from racing in 1998 with 9 wins from 12 starts and earnings of $4,374,590.
As significant in the breeding shed as he was on the track, Awesome again sired three champions: Ghostzapper, 2004 Horse of the Year and champion older horse; Ginger Punch, 2007 champion older mare; and Nominee, a multiple champion in Trinidad and Tobago. His other elite runners include Old Friends retirees Game on Dude–who captured 14 graded stakes and is the only three-time winner of the Santa Anita Handicap in history–and Awesome Gem, who captured the Hollywood Gold Cup at age 7; Breeder’s Cup Distaff winner Round Pond; Breeders’ Cup Juvenile winner Wilko; and 2019 year Belmont Stakes winner Sir Winston.
He sired 13 millionaires and five multi-millionaires as well as four Breeders’ Cup Champions. Awesome Again was also the first Breeders’ Cup Classic winner to sire a BC Classic winner (Ghostzapper).
Awesome Again had been retired from stud duty at Frank Stronach’s Adena Springs in Paris, KY in 2019 and was pensioned to Old Friends in October of this year along with the stallions Milwaukee Brew and Silver Max.
“Anyone who ever saw Awesome Again on the racetrack or at Adena Springs knew he was aptly-named,” said Old Friends’ Blowen. “I’m just sorry his time at Old Friends was so short because I know he would have made a searing, lasting impression on his many fans, and I’m so sorry that circumstances prevented him from displaying his greatness for a lot longer. Awesome, indeed.”

The 1998 Breeders’ Cup Classic is Awesome Again’s most prestigious win, but their sheer number, and the impressive horses he bested, are as outstanding. A homebred for Stronach Stables, he was trained by David Hofmans, then Patrick Byrne, both of whom trained another son of Deputy Minister, Touch Gold. At three, Awesome Again won the 1997 Queen’s Plate and Jim Dandy (G2) with Mike Smith up. His wins at four include the 1998 Stephen Foster (over Silver Charm), the Whitney (G1), the Saratoga Breeders’ Cup H (G2), the Hawthorne Gold Cup (G2), and the 1998 Breeders’ Cup Classic, over a distinguished field including Silver Charm, Touch Gold, Skip Away, Arch and Victory Gallop. Pat Day rode. He retired from racing with $1,679,907 in 15 starts with 6 wins, 3 seconds and 1 third. True to his name, he went on to be one of the foremost stallions in America with progeny including Game On Dude, Hall of Famer Ghostzapper, 2013 Preakness winner Oxbow, 2019 Belmont winner Sir Winston, Paynter, Awesome Gem, Bravazo, and 2007 Champion Older Mare, Ginger Punch. Old Friends thanks Frank Stronach for entrusting us with the retirement of the truly great Awesome Again.


Sire of Champion Ginger Punch
Pensioned from stud duties at the end of the 2018 breeding season (Awesome Again impregnated one mare in 2018, Mercy Lou, who foaled a colt in 2019)
2001 Inducted into Canadian Racing Hall of Fame