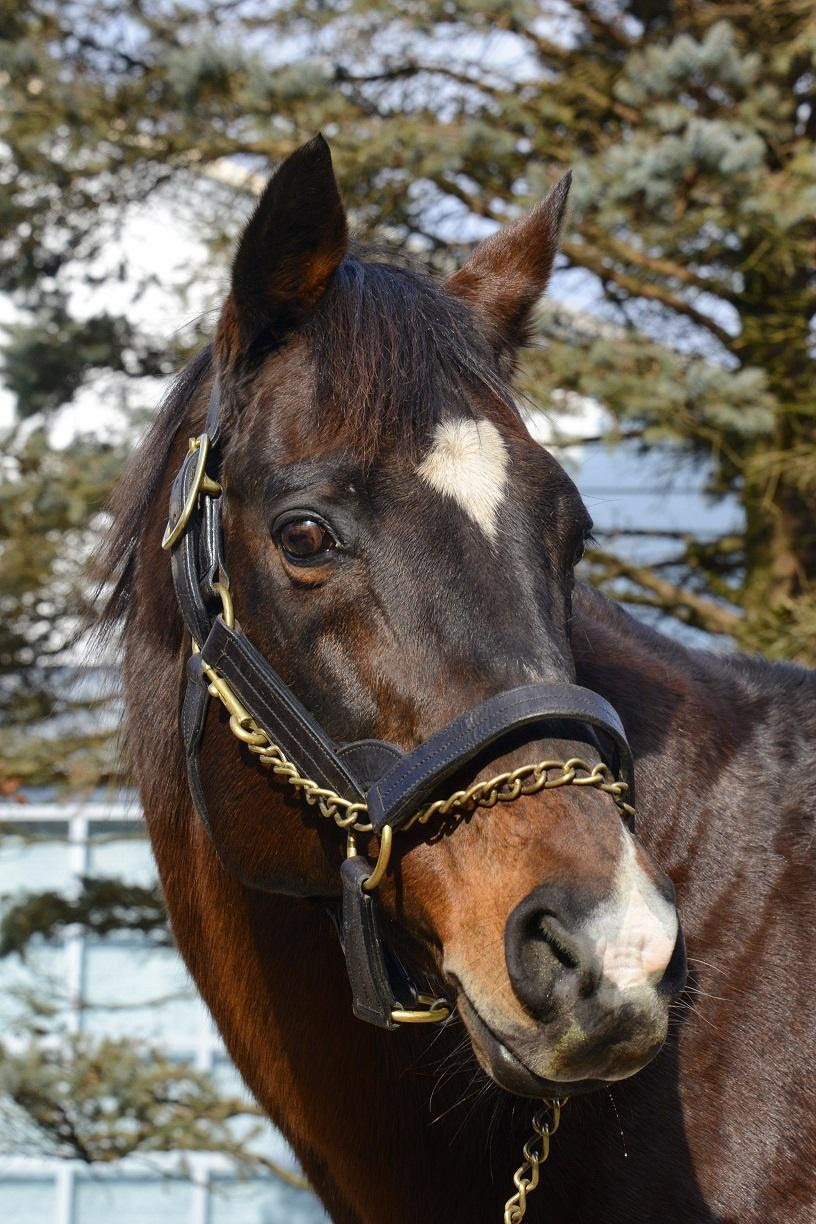 GEORGETOWN, KY – JULY 28, 2022 — Old Friends, the Thoroughbred Retirement Facility in Georgetown, KY., lost two beloved retirees today: Multiple graded stakes winner Dumaani, who was 31, and European Champion Swain, who was 30. Both were humanely euthanized due to the infirmities of old age.

The stallions stood most recently at the Lexington-based Shadwell Farm, where they were originally pensioned. They relocated to Old Friends in the spring of this year as part of a downsizing of operations following the death of Shadwell owner, His Highness Sheikh Hamdan bin Rashid Al Maktoum, in 2021.

Bred in Kentucky, Dumaani, 31, raced for four seasons, from 1993 – 1996 and was no stranger to global travel: He had starts at Newmarket, Ascot, Nad Al Sheba, Tokyo, and the U.S., among others. A multiple graded stakes winner by legendary sire Danzig, out of the Lord Gayle mare, Desirable, Dumaani captured back-to-back runnings of the GR3 Keeneland Breeders’ Cup Mile for owner Shadwell and trainer Kiaran McLaughlin, before retiring in 1996 with seven wins from 26 starts and career earnings of $1,079,098.

Swain, 30, was bred in Ireland by Sheikh Mohammed bin Rashid al Maktoum. The son of Nashwan out of the Key to the Mint daughter Love Smitten, Swain kicked off his career in France with a 5-race win streak, which included the GR3 Grand Prix de Deauville Lancel at Deauville. Owned by Godolphin, LLC and conditioned by Saeed bin Suroor, he was a Champion in both England and Ireland, and also placed in two Breeders’ Cup events in the U.S.: the 1996 Turf (at Woodbine, where Old Friends retiree Alphabet Soup would capture the classic just a little while later) and the 1998 Breeders’ Cup Classic, where he came 3rd behind winner Awesome Again and runner-up Silver Charm, both of whom also retired to Old Friends. Swain retired from racing in 1998 with 10 wins from 22 starts and career earnings of $3,797,566

“It’s always sad when we lose any of our wonderful retirees but yesterday was devastating,” said Old Friends President Michael Blowen. “The only solace is that farm manager Antonio Marin and Rood and Riddle’s Dr. Ashton Broman recognized that both Dumaani and Swain were both in severe discomfort and the best thing for them–not for us–was to take the pain away. But the pain their deaths left behind has left a lasting scar on us,” added Blowen. “Even when you do your best it can’t defeat mortality.”