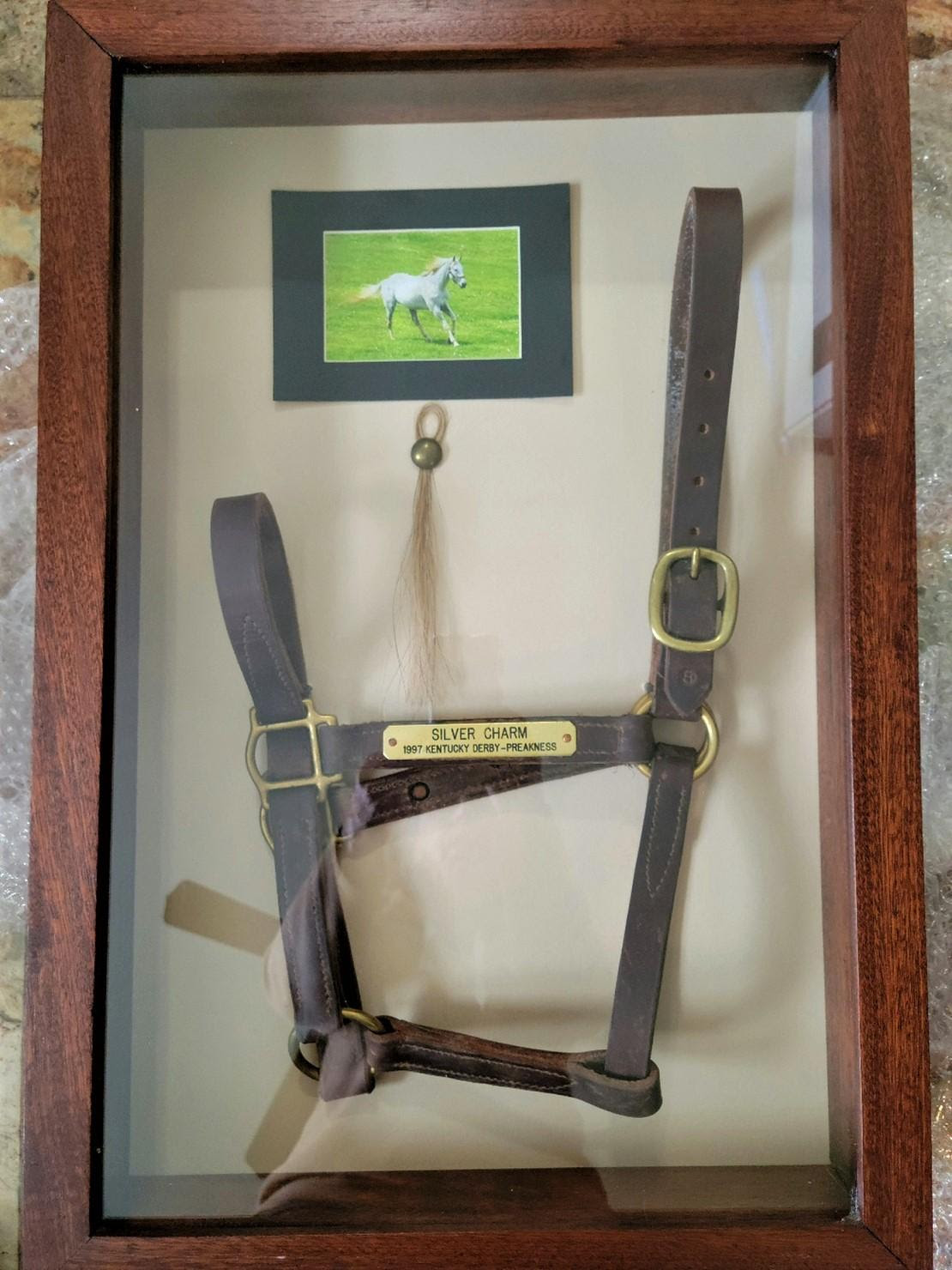 GEORGETOWN, KY – MAY 5, 2022 –  Old Friends, the Thoroughbred Retirement Facility in Georgetown, KY, will host its 17th Annual Homecoming Event on Sunday, May 8th beginning at 12 noon.

The event features a live and silent auction of artwork, prints, and racing memorabilia, including several premiere collectible stallion halters.

For those unable to attend the event, absentee bidding for these exceptional halters opens today. On the block are halters worn by: 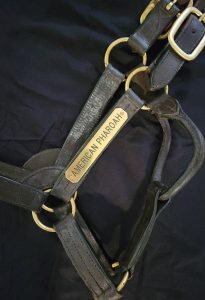 Arrogate won the 2016 Travers Stakes in a track record time in his first stakes appearance. He then won the Breeders’ Cup Classic, the Dubai World Cup, and the Pegasus World Cup. Arrogate died in 2020.

Zenyatta, the super mare, won the Breeders’ Cup Classic, Breeders’ Cup Distaff, and 19 of her 20 starts. She was the 2010 Horse of the Year and was inducted into the National Museum of Racing and Hall of Fame in 2016

Cigar won the 1995 Breeders’ Cup Classic and was the 1995 and 1996 American Horse of the Year. During his distinguished career he won 16 consecutive races and was later inducted into the Racing Hall of Fame. Cigar passed in 2014.

Rachel’s Valentina is best known for being the second foal out of the 2009 Horse of the Year Rachel Alexandra. She is also known for winning the grade I Spinaway Stakes as a two-year-old.

Authentic won the 2020 Kentucky Derby and Breeders’ Cup Classic, where he set a new Keeneland track record. He also won the Sham Stakes, San Felipe Stakes, and the Haskell Invitational.

Also on the block is shadow box, handcrafted by local artisan Jim Rose, commemorating Old Friends retiree and 1997 Kentucky Derby – Preakness winner Silver Charm. The box contains a photo, lock of hair, and a halter worn by the Hall of Fame Champion.

Each item is accompanied by a Certificate of Authenticity. Interested buyers unable to attend on Sunday can absentee bid on these items beginning today. To bid, email your name, address, and phone number along with your highest bid to: horses@oldfriendsequine.org

The deadline to receive bids is Saturday May 7th, at 9 pm (EST).

At the event, someone will be assigned to proxy bid for you starting low and bidding up to your highest number.

The Old Friends Homecoming event will be highlighted by live music, a barbecue buffet, and farm tours where guests can meet the farm’s Kentucky Derby Champion Silver Charm, who is celebrating the 25th anniversary of his Derby victory. He is currently the oldest living Kentucky Derby winner.

Old Friends is grateful to the private collectors who donated these
exceptional halter to our auction.