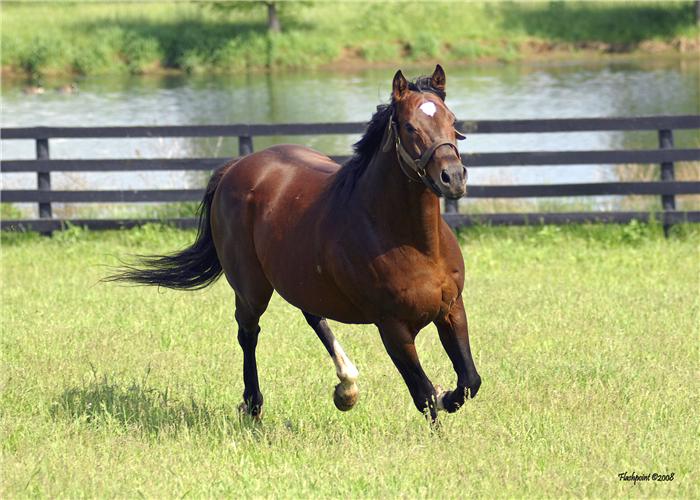 DEC. 25, 2020 – Will’s Way, winner of the 1997 Whitney Handicap and 1996 Travers Stakes, died December 24 at Old Friends at Cabin Creek in Greenfield Center, NY. Euthanized due to declining health, the son of Easy Goer out of the Tentam mare Willamae was 27. Will’s way was among the flagship stallions retired to Old Friends, the non-profit Thoroughbred Retirement farm in Georgetown, KY. After a few seasons in Kentucky, Will was transferred to Cabin Creek, the organization’s satellite facility just outside Saratoga where, he was often greeted by his many adoring New York fans. Campaigned by trainer James H. Bond for owners Rudlein Stables, Will had a relatively short but spectacular career on the race track. After breaking his maiden at Gulfstream Park first time out in 1996, he went on to capture the GR1 Travers Stakes at Saratoga, prevailing over Preakness winner Louis Quatorze and the great Skip Away. In 1997 Will took the GR1 Whitney Handicap, again at Saratoga, over Formal Gold, with Skip Away finishing third. The top two finishers each earned extraordinary 126 Beyer Speed Figures. In his career, Will’s Way won or placed in 11 of 13 races and retired with earnings of $954,400. His greatest son, Lion Tamer, won the GR1 Cigar Mile Handicap in 2004. “We all loved him so much,” said Joann Pepper, owner and manager of Cabin Creek. “He would take our breath away when he decided to run. I will miss brushing his tail and kissing his star—I’ll even miss letting him chew on me,” Pepper added, referring to Will’s sometimes cantankerous personality. “It was such an honor to care for him.” “He was such an exciting racehorse, and we were so thrilled to have him with us first in Kentucky and then in New York,” said Old Friends founder and president Michael Blowen. “Our heart goes out to our friends at Cabin Creek. Joann and Will had a very special bond, and we know he will be sorely missed by everyone there.” History:
Will’s Way, the handsome bay son of Easy Goer, caused a sensation when he captured the Travers Stakes (G1) in 1996, beating Louis Quatorze and Editor’s Note, the winners of that year’s Preakness and Belmont, as well as Skip Away, who’d taken second in both those Triple Crown races. In 1997 he prevailed in the Whitney Stakes (G1), beating Formal Gold nose-to-nose (with Skip Away a distant third).
At stud, Will’s Way sired the multiple graded stakes winning millionaire Lion Tamer (2000). After standing in Pennsylvania for some years, Will retired to Old Friends in December 2007, where his good looks and spunk endeared him to all.

The courageous champion is on hand at Old Friends Cabin Creek in New York to greet his friends thorough the generosity of Brookdale Farm and the Will’s Way Syndicate.

Travers (G1) at Saratoga in 1996, Whitney at Saratoga in 1997. Will’s first race also deserves mention. He hit the gate coming out, was bumped at the start, had to be steadied on the turn, yet still drove a path on the inside to win, with Jerry Bailey up.