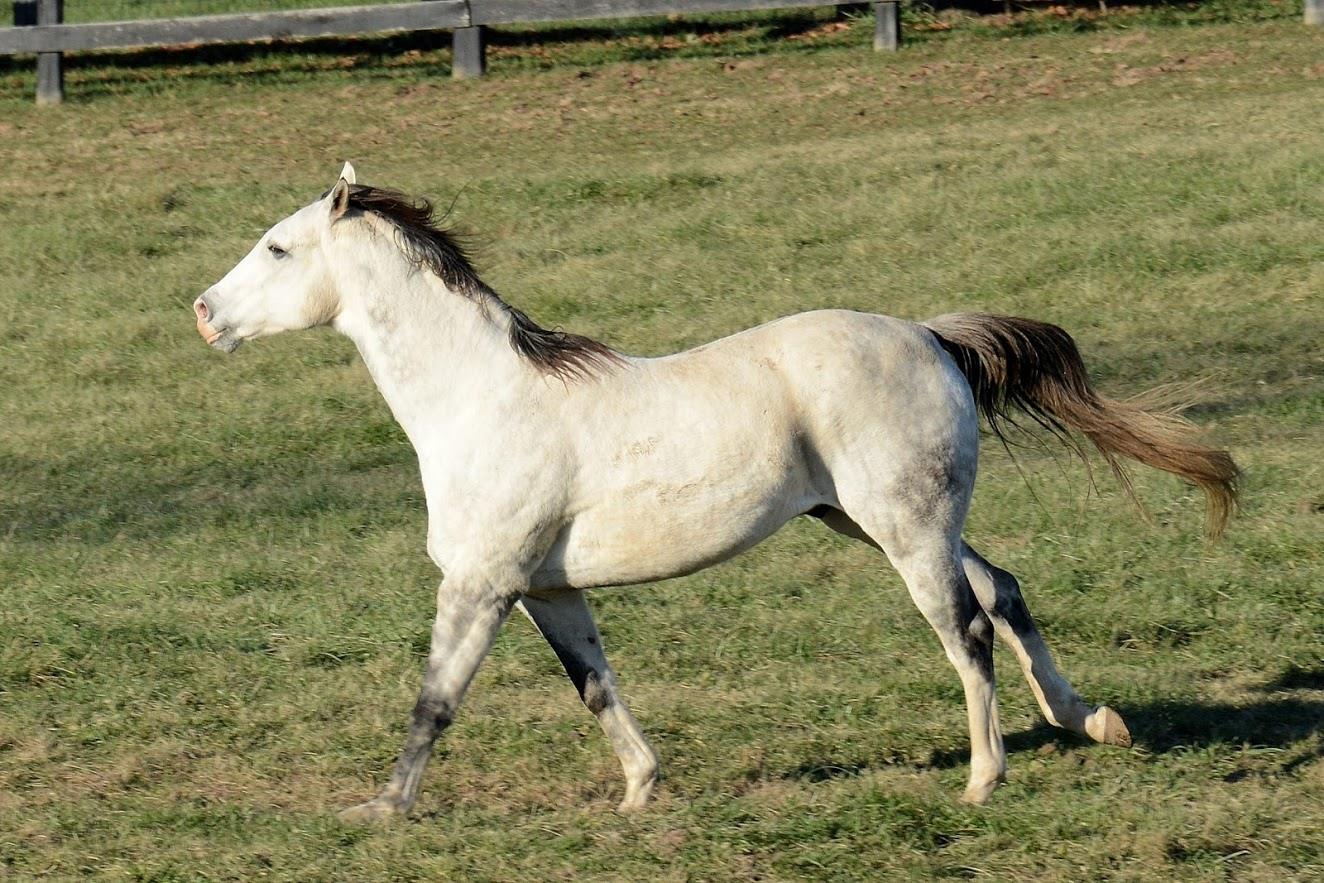 Tuneintobow began racing at three on the Gulfstream Park dirt track as a Shadybrook Farm homebred trained by Michael Yates. Winless in his first five races, “Bo” was dropped to claiming ranks and got his first win the following year Saratoga over five and a half furlongs on the turf for owner Marco Bommarito and trainer Bobby Dibona, with Paco Lopez riding. His second win, in a $16K five furlong turf race at Gulfstream Park West, came for trainer by Aubrey Maragh, with Jose Alvarado in the irons. Tuneintobow’s final win, at 6 furlongs on the Gulfstream Park dirt track, came at age 5 for a tag of $6,250, with Eddie Dominguez up. Bo was claimed twice in his last four races, ending up with Drawing Away Stable, which retired him to Old Friends when an injury sidelined him. He achieved $79,200 in earnings with 3 wins, 3 second and 2 thirds in 17 starts. Hopes that Bo might have a second career as an eventer were dashed when it was discovered that stiffness from his injury will always be with him. Bo just needs a happy, secure place to live, and that’s what Old Friends is dedicated to providing him—if you’ve met Bo, you know he’s too sweet not to love. Share sheet info – click here. Donate to sponsor Tuneintobow. Receive a certificate and 8×10 photo