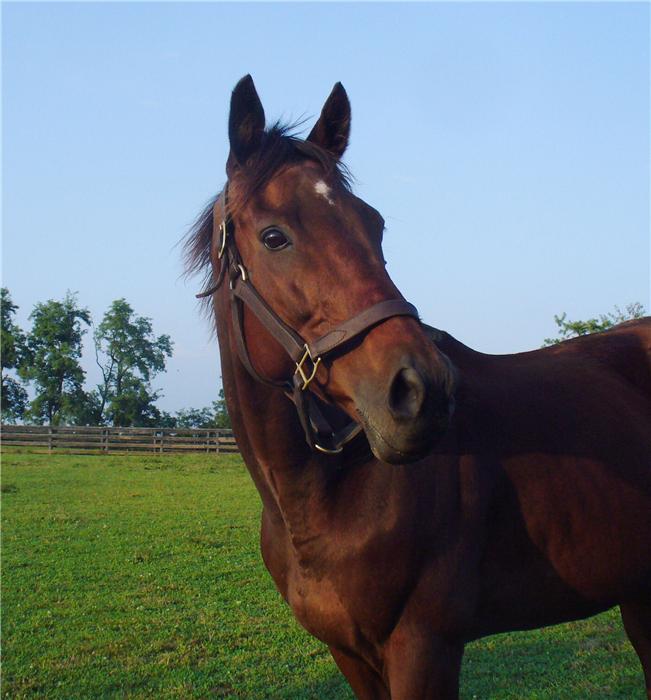 Obit from long time volunteer Vivian:
I admit, I have struggled with how to say goodbye to these two. Several times since the Derby fanfare has faded, I sat down to tell their story. But I have stumbled over how to fit such big hearts into such a little space.

Both Tour of the Cat and Catlaunch were the kind of athletes who left it all on the track. They were warriors who had no quit in them.

Catlaunch was the pride of Ohio racing. He ran 107 races and earned over a million dollars one contest at a time. He was a stakes winner from age 5 until his retirement at age 12. He received every accolade Ohio racing had to offer, including multiple horse of the year titles. But as classy as his form was on the track, it paled compared to his sweet nature. He was a true gentleman. Curious, sweet and an all around solid citizen. Catlaunch had legions of admirers and made anyone who met him part of his fan club. He was a barn favorite and when it came time, he was surrounded by love and the kind hands who loved and cared for him on a daily basis. As someone with Ohio roots, Catlaunch’s loss felt all the more personal. Like Appygolucky, my late Beulah retiree, he boasted 107 starts. There is a post under the comments section on his bio page…Ohio loves you. In the end, we all did.

Tour of the Cat raced until age 11. He, too was a millionaire. A graded stakes winner who took his connections from Derby preps to the sands of Dubai. When his form faltered, he descended through the claiming ranks until a series of vet scratches and an outcry from concerned advocates brought about his retirement thanks to a claim by Maggi Moss. I recall Michael speaking very movingly about Tour’s toughness after being treated for a foot issue shortly after his retirement. The horse had seen such tough times and yet he knew that he had landed in a place among friends. He stood stoically as the vet worked on him, Michael close by, full of admiration and respect for this champion.

Despite the ups and downs of his journey, Tour of the Cat never held a grudge. He held his head high and rolled with the punches. He exuded class and kept his dignity until his sudden illness took him after 9 years of retirement.

I can tell you, it’s not much use trying to fit hearts as big as these in to this small space. These two, who one could argue lived the lives of several horses, ran out of days to enjoy the retirement they had so earned. They represented the best of us, the bravest and most determined.

To these noblest of Thoroughbreds, your earthly race is won. Your legacy is written in the memories of all who admired you.

Keep running on, no fences.

Vivien Obit Press Release:
MAY 10, 2018 – Old Friends, the Thoroughbred retirement facility based in Georgetown, KY., announced the passing of two of its most beloved retirees this morning.

Multiple graded stakes winner Tour of the Cat, 20, died very suddenly at the Old Friends satellite farm at Kentucky Downs in Franklin, KY. According to Old Friends resident veterinarian, Dr. Bryan Waldridge, the cause of death is still unknown but the results of a full necropsy are pending.

Ohio-bred millionaire Catlaunch, 17, was euthanized due to chronic neurologic disease.

Tour of the Cat, a Florida bred gelding, was a multiple graded-stakes winner of more than $1.1 million. Among his greatest victories were the GR2 Richter Scale Sprint Handicap, the GR3 Spend a Buck Handicap, and the GR3 Miami Mile Breeders’ Cup Handicap.

After a prestigious career, he was found racing at bottom level claiming races at age 11. Concerned owner Maggie Moss claimed him in order to retire him at Old Friends in 2009.

The son of Noble Cat out of the Relaunch mare Skilaunch, Catlaunch was campaigned by Ron Fields of Scioto Farm Supply and was trained by Ivan Vazquez. The gelding won a remarkable 40 of his 108 starts, including 22 stakes, and earned more than $1.1 million.

He was long a fan favorite at Thistledown, River Downs, and Beulah Park, before retiring to Old Friends in 2013.

“While it has been an exciting week in racing, as the industry crowned a new Kentucky Derby champion, it’s been a sad week of loss here,” said Old Friends founder and President Michael Blowen. “We were so proud to have had both of these wonderful horses with us, and proud to be able to give them the dignified retirement they earned and so richly deserved.

“I want to thank everyone at Kentucky Downs, including our farm manager there, Jennifer Jones, for taking such good care of Tour of the Cat,” Blowen continued. “He was one of the most popular retirees on their tour there, and he met many fans over the years.

“Catlaunch, with his warm personality and good looks, was a favorite among all of our volunteers and farm staff. Both of these guys will be deeply missed.” History:
Tour of the Cat showed such early ability that he tried the Flamingo (G3) at Hialeah, a prep race for the 2001 Kentucky Derby. His well-beaten second launched no grandiose dreams of roses, but he showed he was a stakes contender. He proved his speed and heart repeatedly, winning 10 Florida stakes, including the Rizzi Stakes and The Vid Stakes at three, and the Tampa Bay Breeders’ Cup, Naked Greed Stakes, Exclusive Praline Handicap, Groomstick Handicap and J Dudley Sprint at four.

As a five year old, he earned his place among the acclaimed few who win graded stakes, taking the Miami Beach H (G3) and Spend A Buck (G3) at Calder and placing in other stakes. At six he even raced in a $2,000,000 stakes in Dubai, but then a foot injury required a year and a half off. He returned to the track as an eight year old, at a lesser level, winning two $50,000 optional claiming races that year and another the following year, and scoring some seconds and thirds. In the fall of 2008, he ran in a claiming race. It was supposed to be his last. But Tour of the Cat was claimed out of that race for $16,000.

Instead of a well-deserved retirement, he was shipped to New York for low level races. Beverly Strauss of Mid-Atlantic Horse Rescue was contacted by Dr. Margaret Ohlinger, veterinarian at Finger Lakes racetrack in New York, who scratched Tour of the Cat from a race because he was not in any condition to run. He had been scratched for the same reason by the track vet at Aqueduct. Now he had been sent to yet another track. Ms. Strauss contacted Maggie Moss, one of the most exemplary owners in the sport, who claimed the aging gelding for retirement.

Since coming to Old Friends, Tour of the Cat has regained weight and health and is enjoying the simple pleasures of grazing and the companionship of his wonderful fellow retirees.

TOUR OF THE CAT

Other Achievements:
Raced through the age of 11