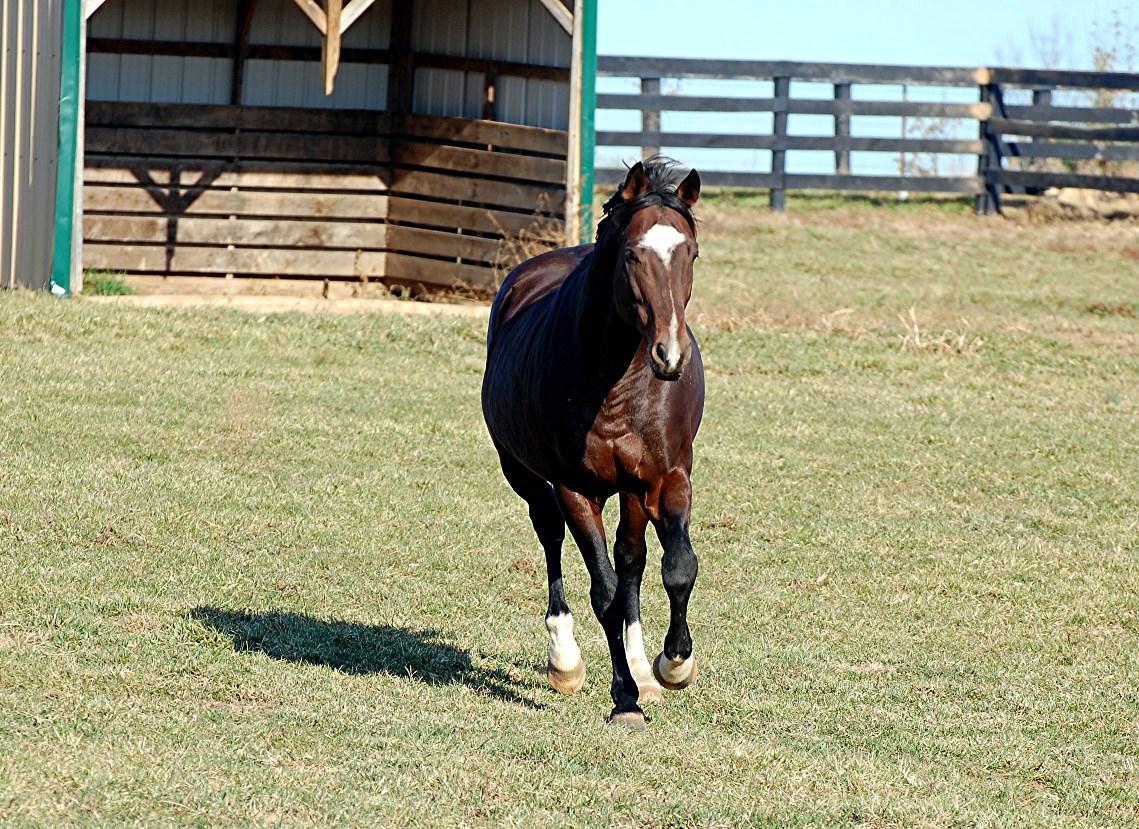 Star Plus was a Group 1 winner in Argentina. At the age of 4 he won the Premio Joaquin S. de Anchorena at San Isidro racecourse, beating formidable son of Old Friends resident Jade Hunter (1984-2011), Global Hunter. The speedy colt gained the notice of American sportsman Earle Mack, who brought him to the United States in 2008. At 5 years old Star Plus placed in the Fall Championship S (G3) at Turfway Park and won at Keeneland. At 7 he won at Gulfstream Park under a hand ride, but an injury and increasing age told his owner the time had come for him to retire from racing. Star Plus left the track with $176,503 in earnings and was sold as a stallion prospect. Yet in 2011, contrary to the terms of sale, the 8 year old horse was put back on the track. His form confirmed he was not sound. He had no business being there. But if some owners fall short of what their horses deserve, others show the class that makes racing great. It took considerable efforts by Mr. Mack and others to secure Star Plus the retirement he had earned. Thanks to the exemplary cooperation between his former owner, other racing participants, and fans, Star came to Old Friends in 2012. Share sheet info – click here. Donate to sponsor Star Plus. Receive a certificate and 8×10 photo