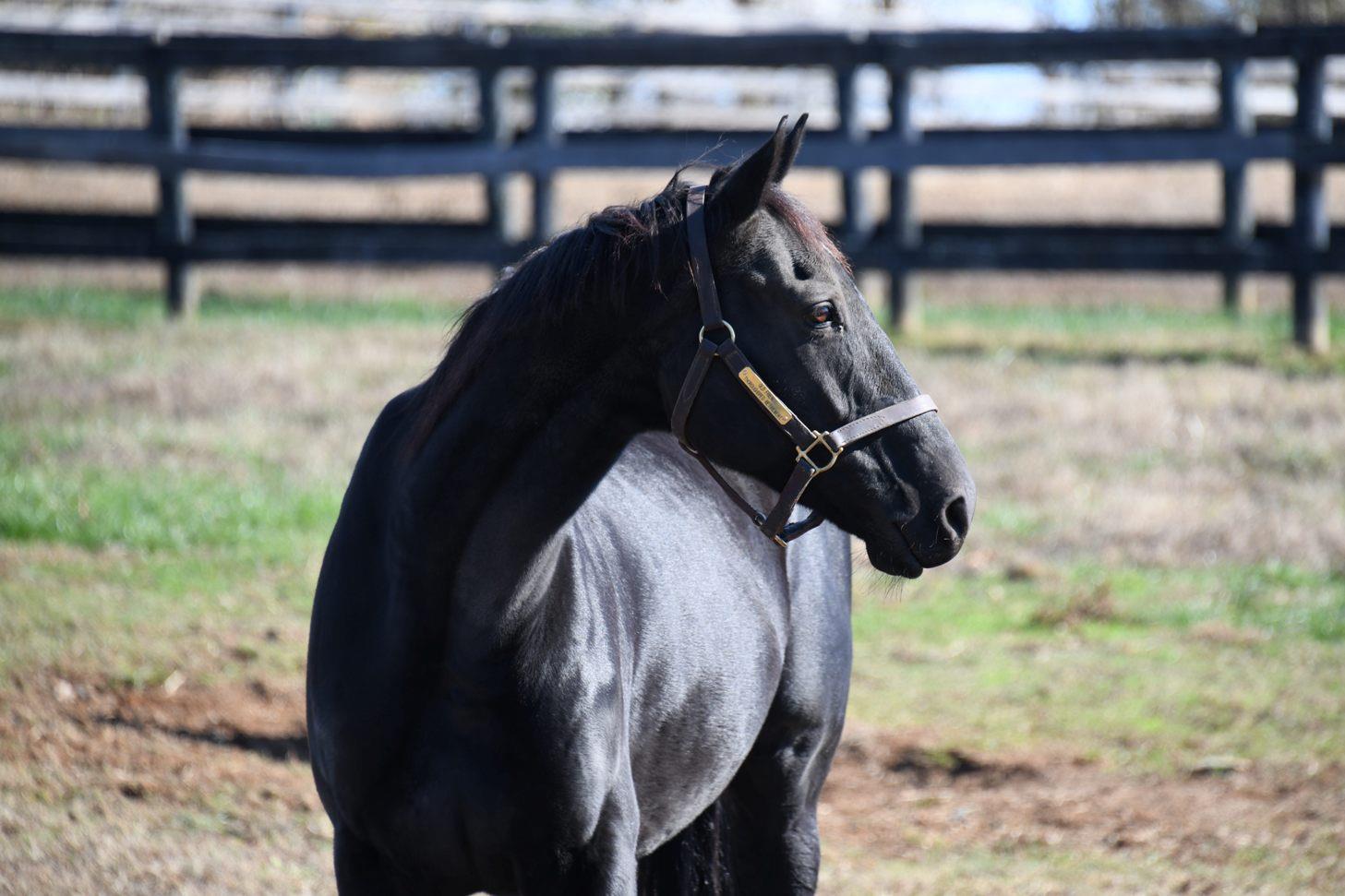 APRIL 11, 2021 – Two-time graded-stakes winner Slim Shadey has died. The 13-year-old gelding had been a pensioner at Old Friends, the Thoroughbred Retirement farm based in Georgetown, KY, since 2019. Old Friends attending veterinary, Dr. Bryan Waldridge, released this statement: “Slim Shadey showed signs of colic and was referred for further diagnostics and treatment. Exploratory surgery revealed a twisted large intestine that was corrected. Unfortunately, he fractured a hind leg recovering from anesthesia. Bone fractures during recovery from anesthesia are uncommon, but an inherent risk of equine anesthesia.” Slim Shadey was bred in Great Britain by Phil Cunningham and spent two seasons racing throughout England and Ireland. He made his U.S. debut for Cunningham and trainer Simon Callaghan in 2012 at Santa Anita, kicking off what was to become his banner season. In February of 2012 Slim Shadey captured his first graded-stakes, the GR2 San Marco at Santa Anita (a race he would captured again in 2013). Then, in September of that year, Slim Shadey took the top spot in the GR2 John Henry Turf Championship, which served as a stepping stone to a run in the GR1 Breeders’ Cup Turf where he finished 8th. By 2014 Slim began a series of claims to trainers David Jacobson and John Servis (for owner Michael Dubb), before ending with owner Michael Hui and trainer Mike Maker in June of 2018 at Belmont Park. Retired in 2019, Slim Shadey ended his career with 83 starts, 14 wins, and earnings of $1,278,855. “Slim Shadey was on Old Friends radar for nearly two years,” said Old Friends President Michael Blowen. “Between Michael Dubb and Michael Hui, I knew he was in great hands. When Hui called to say he was ready I was overjoyed. Today I was equally devastated,” Blowen continued. “You try to do what’s best and, even then, it doesn’t always work out.” History:
Foaled in Great Britain, Slim Shadey raced in England and Ireland, then at age four was imported to America by his breeder, Phil Cunningham. Our firmer turf proved to be just his style. He won the 2012 San Marcos S (G2) at 1 ¼ mile at Santa Anita, trained by Simon Callaghan with David Flores riding. Three impressive seconds followed, in the San Luis Rey (G2), Woodford Reserve (G1) (won by Little Mike), and Charles Whittingham Memorial (G1). That fall he achieved his second Grade 2 victory in the John Henry Turf Championship at 1 ¼ mile with Garrett Gomez piloting. At five Slim won his third graded stakes, the 2013 San Marcos (G2), with jockey Gary Stevens. Though Slim placed and showed in two 2014 graded stakes, the Elkwood at Monmouth Park was his only stakes win that year. Thereafter he continued to campaign and earn steadily at top tracks for five more years. In August 2019 the valiant competitor ran his final race at age 11. A true “grand old gelding,” he earned career stats of 83 starts with 14 wins, 16 seconds and 4 thirds for $1,278,855. Old Friends is grateful to his final racing owner, Michael M. Hui, and to trainer Michael J. Maker for enabling Slim Shadey’s retirement with us.