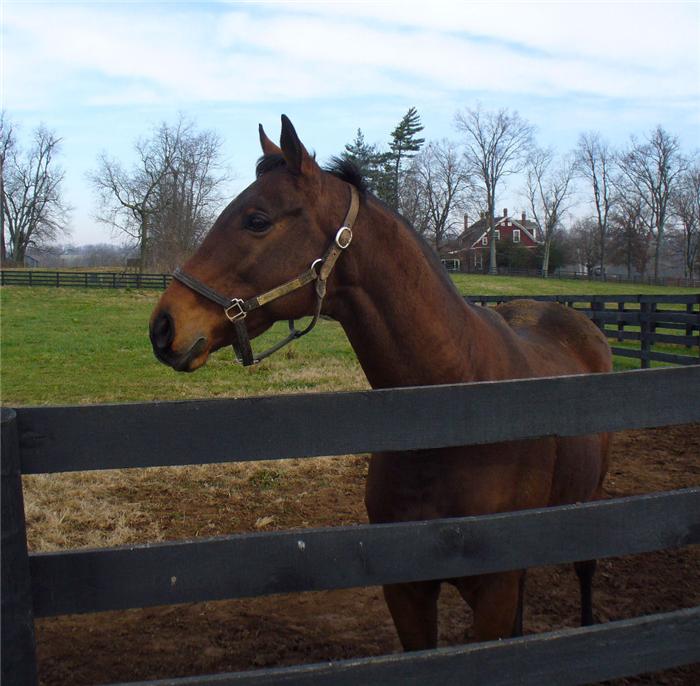 To the crowd at Churchill Downs, the race seemed in the bag. The overwhelmingly popular Perfect Drift charged by the field under Mark Guidry. The 2006 Stephen Foster Handicap (G1) seemed all his.

Few worried when the longest shot in the field began making a move, running twelve wide. They should have. Down the middle of the track Seek Gold burned like a wildfire to seize the lead at the wire. It was a masterfully timed ride by Calvin Borel, but the power, guts and will to win that propelled them belonged to Seek Gold. And if Seek Gold disappointed The Drift’s fans that day, the 91-1 shot propelled Bowman Couch Racing and trainer Ron Moquett, to amazing heights.

Kristi Couch and Ted Bowman had claimed their first horse only half a year before for $5,000. They had bought Seek Gold from Robert La Penta only recently. As a result, Moquett had two new trainees nominated to the Stephen Foster. Deciding to run only one, Moquett gave his jockey the choice. Calvin Borel chose Seek Gold, and the horse’s former trainer, Nick Zito, gave Moquett his invaluable advice. Though the bay son of Touch Gold was the longest price in the 25 year history of the Stephen Foster H (he paid $185.40), his win might have been better expected. He loved the Churchill track, where in the 2004 Clark H (G2), he had closed from far back, edging by Perfect Drift to beat all the field except for Horse of the Year, Saint Liam (who had only 1 ¼ lengths on him).

Seek Gold came to Old Friends through the efforts of trainer Ron Moquett and the generosity of Bowman Couch Racing. He proved himself among the best of a prestigious division, and an inspiration to all those in the game who, like Moquett and Bowman Couch Racing had been, are “out here struggling and trying to make payroll and trying to pay the feed company,” as Moquett put it. “They appreciate what this win means to us.”

And Old Friends appreciates the heart and courage of Seek Gold, who pulled off such an exciting victory. He’s what racing is all about.