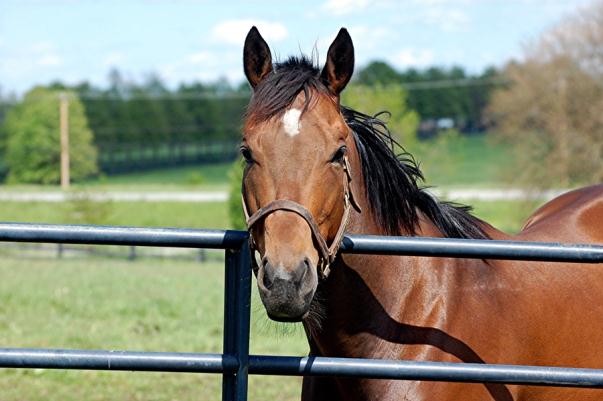 Sean Avery’s potential was spotted when the yearling went through the Keeneland sales by Black Swan Stable, which bought the bay son of Cherokee Run and named after the National Hockey League player. Sean (the horse) was loaded with talent and the will to win, but like many human athletes he was sidelined by a series of injuries and remained lightly raced as a young horse. At five he finally had a chance to show what he could do. He followed a win in the 2011 Longfellow Stakes at Monmouth Park with the crowning achievement of a Grade 1 victory in the Alfred G. Vanderbilt Handicap at Saratoga. As a six year old he won the 2011 Affiliate Stakes at Belmont. Racing through early 2013, Sean gathered 14 starts with 7 wins, 1 second and 2 thirds for $398,640. He was trained by Allen Iwinsky and in his best wins piloted by Joe Bravo. When it was clear Sean’s retirement time had come, Black Swan Stable, which had given the gelding the patience and care that enabled his achievements, donated Sean Avery to Old Friends. His career in the spotlight isn’t over. In the fall of 2013 he co-starred in a photo session with top jockey Rosie Napravnik, who modeled the elegant Sean Avery chapeau created in his honor by Maggie Mae Designs. He was also in demand for a guest appearance in the paddock at Keeneland. And of course, Sean enjoys greeting his guests at the farm. Old Friends is grateful to Black Swan Racing for enabling Sean’s new career—just being himself. Share sheet info – click here. Donate to sponsor Sean Avery. Receive a certificate and 8×10 photo