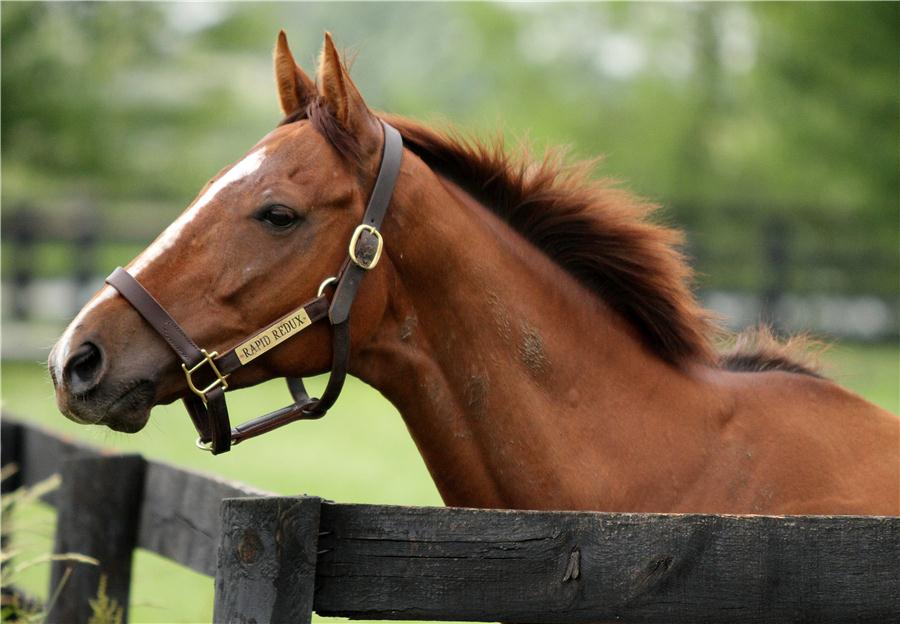 Claimed for $6,250 in October 2010, Rapid Redux may not have seemed a likely maker of history. But by 2011 the gutsy chestnut gelding tied Citation’s record for 19 wins in one year. He surpassed the 19 consecutive wins in North American held jointly by Zenyatta and Pepper’s Pride and he still went on winning. By his retirement in early 2012, Rapid Redux had achieved a phenomenal 22 consecutive victories, a feat that will not be equaled any time soon. His remarkable achievement earned a special 2011 Eclipse Award and the Vox Populi Award, besting three other finalists—Uncle Mo, Goldikova and Havre de Grace. In 2012 Rapid Redux and his connections received a special award of merit from the Maryland Jockey Club. His contribution to the sport of racing in ordinary races at blue-collar tracks called attention to the achievements of the majority of horses, who never win a stakes but provide the daily thrills and livelihood of the sport. On May 31, 2012 Rapid Redux took an honored place among Old Friends retirees, where no less a patriarch than Gulch adopted him as a buddy. Old Friends thanks trainer David Wells for enabling Rapid Redux’s ongoing relationship with his fans. He continues to remind us of the durable valor of the best and toughest campaigners. Share sheet info – click here. Donate to sponsor Rapid Redux. Receive a certificate and 8×10 photo