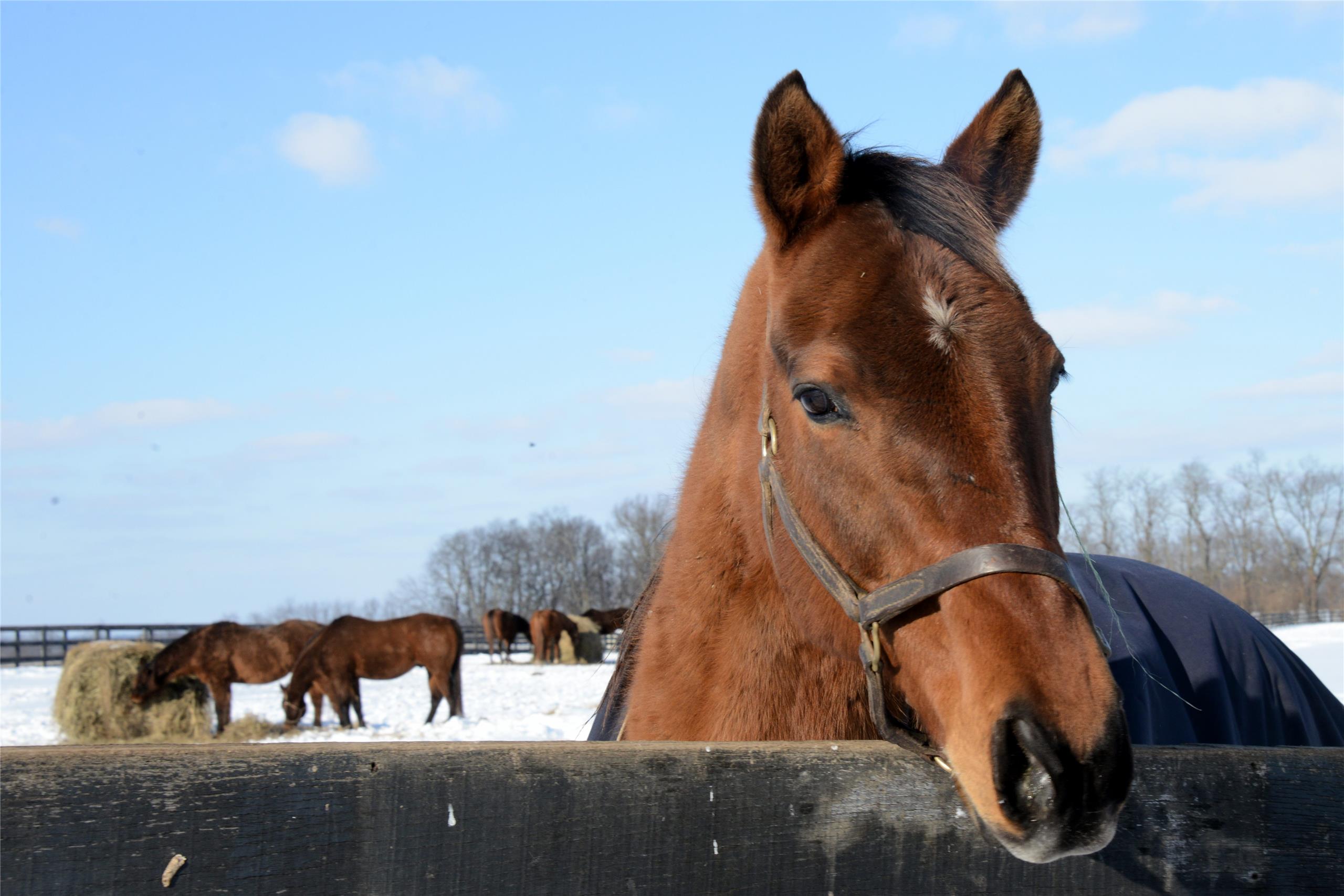 Multiple graded stakes placed Racketeer was bred in Kentucky by Adena Springs. He raced from the ages of two through eight years old at many major tracks. He ran in the money in 5 stakes races, including the 2007 Tokyo City Handicap (G3), 2007 Native Diver Handicap (G3), and 2008 Hollywood Turf Express (G3), on dirt, turf and artificial surface, at six furlongs to a mile and an eighth. His best efforts came for trainers Bobby Frankel in 2007 with Rafael Bejarano and Joe Talamo up, for Stronach Stables. By 2010, time began to catch up with the son of Awesome Again. No longer competitive at stakes level, he dropped into the lesser claiming ranks. Yet he continued to give the game his all. In his last year of racing at eight years old he was only off the board one time in seven starts. Racketeer won his last race, but disappeared until he was discovered in a California feedlot bound for slaughter. With the help the Neigh Savers organization, Adena Springs, Racketeer’s breeders, reacquired him. He recuperated at Adena Springs, then came to Old Friends in 2012. In his 52 starts Racketeer achieved 6 wins, 9 seconds and 11 thirds, and earnings of $412,190. Share sheet info – click here. Donate to sponsor Racketeer.
Receive a certificate & 8×10 photo