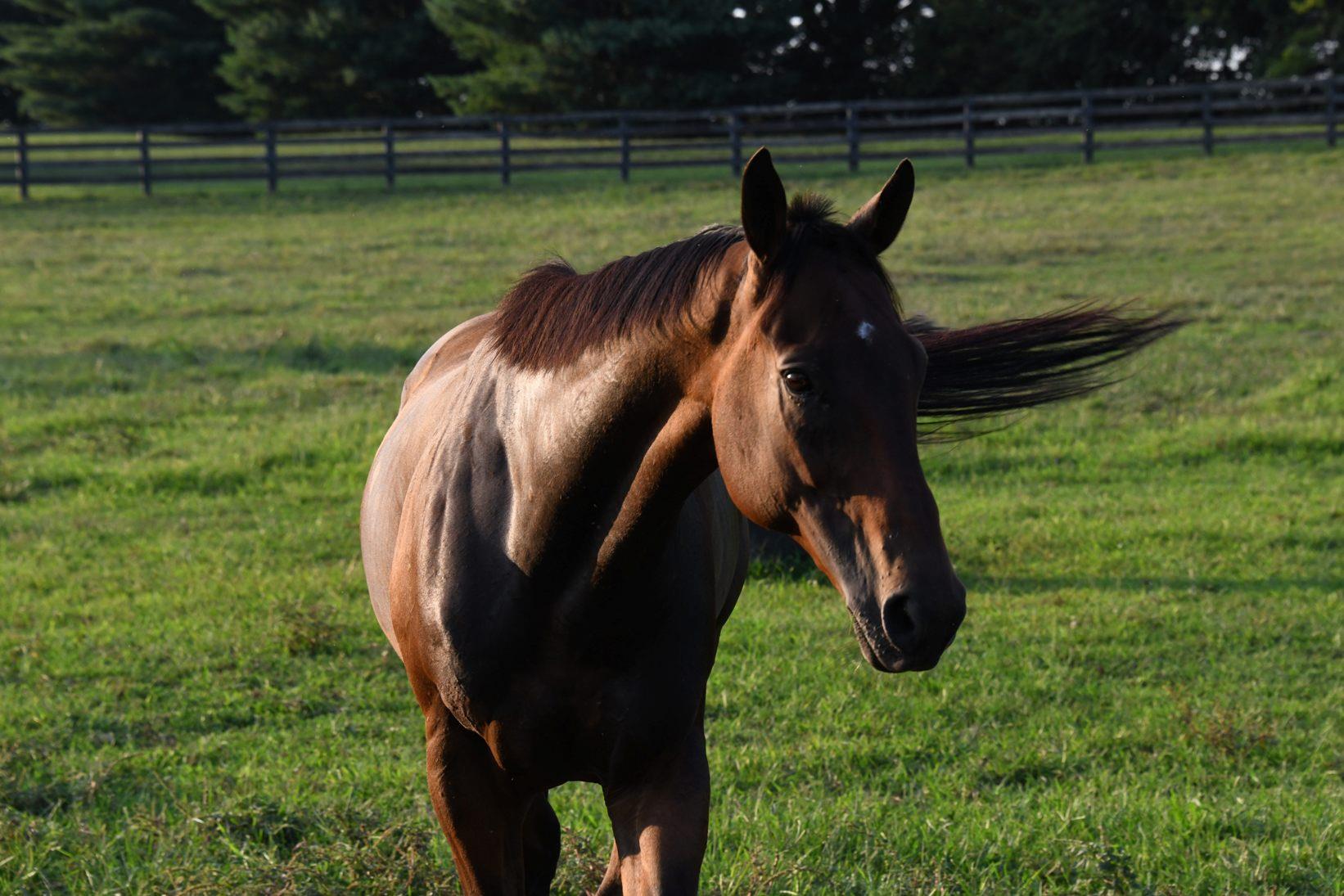 Bred in California by Old English Rancho and Berumen, Poshsky raced from the ages of 3 through 10. He proved a frequent allowance winner owned by Patsy Berumen and E. W. & Judy Jonston and trained by Donald Warren, and then for owners Silver Ranch Stable and Wachtel Stable with trainer Peter Miller, for whom he won the 2015 Berkeley Handicap (G3) at Golden Gate Fields at age 5. In 2016 he won the Crystal Waters Stakes at Santa Anita. By age 7, as often happens, his years of athletic competition began to tell on his form and he became a claiming horse. Poshsky continued to work hard, earning well, until at age 10 it was clear it was time to step down. He had achieved much, retiring a graded stakes winner with $823,383 earnings fron 76 starts with 16 wins, 8 seconds and 7 thirds. Small, valiant Poshsky deserves admiration in his own right, and at Old Friends he’s also a favorite because he’s a great-grandson of Ruhlmann. Share sheet info-click here. Donate to sponsor Poshsky. Receive a certificate & 8×10 photo