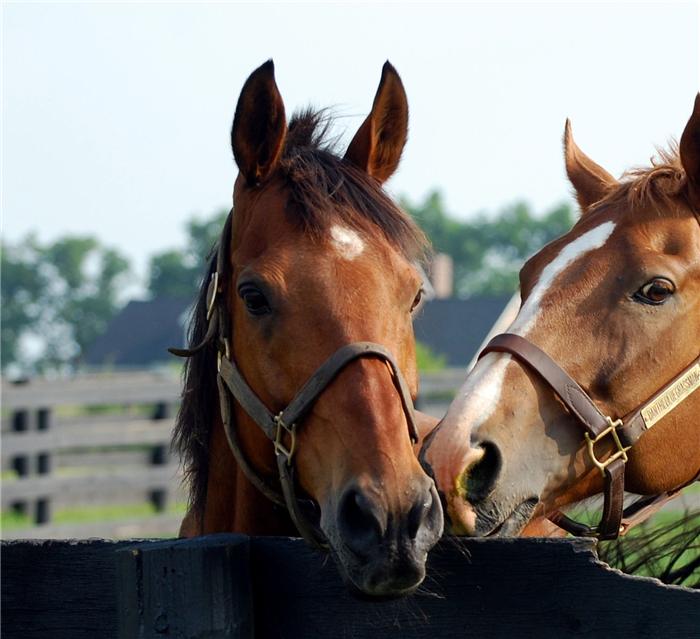 GEORGETOWN, KY – JANUARY 8, 2016 – Stakes winner Flick has died. The 24-year-old gelding, who resided at Old Friends, the Thoroughbred Retirement Farm in Georgetown, KY, was euthanized Friday morning due to complications from colic.

Michael Blowen, founder and president of Old Friends, made the announcement this morning.

Bred in England by Side Hill Stud, Flick (Kris (GB) – Thakhayr (IRE), Sadler’s Wells) had three starts in England before coming to the U.S. near the end of his 2-year-old season. He made his first start for new owner Judith Carmel at Hollywood Park, placing 5th.

Flick continued beating good horses at major West Coast tracks on both the dirt and the turf. His first stakes win, in fact, came on the grass at Turf Paradise in the one-mile Paradise Mile Handicap in 1997.

The following year he captured his greatest career victory, the Wicked North Handicap at Santa Anita. That same year he placed in the Grade 2 Mervyn LeRoy and the Grade 2 San Pasqual.

In 2000, at the age of 8, Flick tore a suspensory ligament and became one of the first Thoroughbreds to successfully undergo autologous stem cell and bone marrow treatments. He returned to the track and continued racing until he was 10, making his final start at Santa Anita in 2002.

“He was all heart every time he went to the track, and he always went to win,” said Ms Carmel from her home in California. “He was everything you wanted a horse to be and he was always my favorite.”

Carmel made an attempt to retrain Flick for a second career but “he was just a racehorse at heart,” she said. “He didn’t enjoy it.” Carmel donated Flick to Old Friends in January of 2009.

“Our consulting vet Dr. Bryan Waldridge did all he could for Flick, who was taken to the Park Equine Clinic in Versailles on Tuesday,” said Old Friends’s Blowen. “But the horse’s health continued to deteriorate and it was decided that we should not prolong his suffering. Bryan was with him until the end,” added Blowen, “and for that we’re very grateful.

“He was a wonderful horse and a favorite among our volunteers and our visitors,” Blowen continued. “We’re also so thankful to Judy Carmel. She’s been a great friend and a great supporter and we’re so glad she let us care for her terrific athlete all these years.” History:
Bred in Great Britain – and with a first-rate British Isles pedigree – Flick was purchased as a two year old by Judy Carmel. He had raced well in England, but it was when Judy brought him to America that he began winning. Barely edged out by no less than Geri and beating good horses at major West Coast tracks, Flick garnered $515,738 on both dirt and turf. His wins include the Paradise Mile Handicap and The Wicked North Stakes (one of our favorite races).

But Flick’s most interesting victory came after he tore suspensory ligament, a career-ending injury. To give Flick a sound, vigorous life, Judy allowed him to receive what was then a revolutionary new treatment. Bone marrow cells were injected at the tear and his own body rebuilt its tissue. As Flick healed he made it clear he wanted to race. His late-maturing pedigree had a chance to develop. He won his two stakes and got two Grade 2 thirds (the San Pasqual H. and Mervyn LeRoy H.), and continued to race successfully to the age of 10. At Old Friends, his achiever’s personality paid off when Danthebluegrassman made buddies with him and showed him his job (and how to gather his share of petting and treats). A quick study, Flick settled right in and has proved a great delight to have among us.