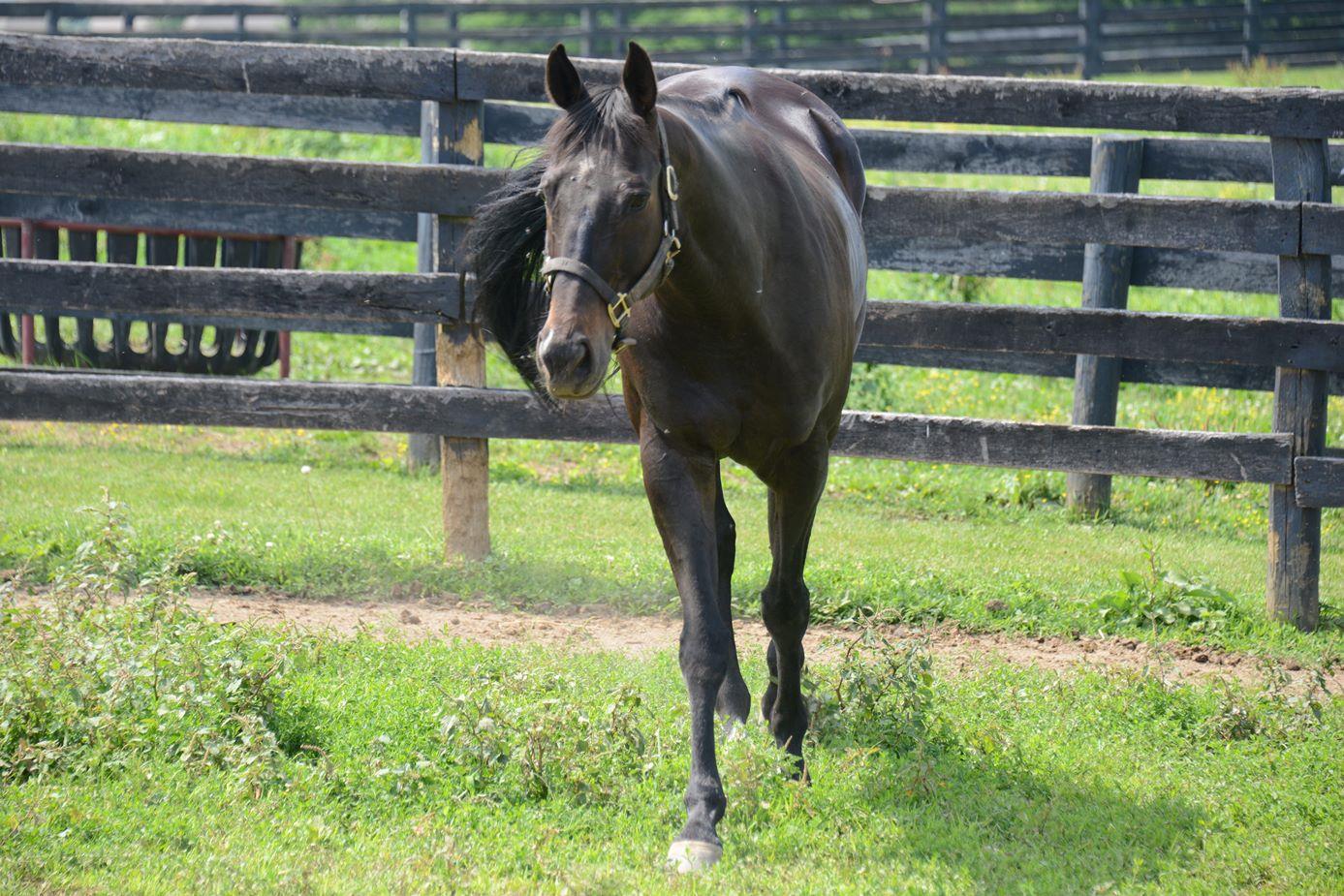 On November 30, 2014 the 11-year-old gelding Fighting City Hall made his 100th start at Portland Meadows, making him another graduate from the School of Hard Knocks to join Old Friends’s roster—much like Swann’s Way and Mikethespike.

Bred in California by businessman and Spendthrift Farm owner B. Wayne Hughes, Fighting City Hall (Smart Strike – Grant a Wish, Nureyev) broke his maiden his first time out, winning a Maiden Claiming at Santa Anita by four and a half lengths under jockey Garrett Gomez. He was claimed that day and went immediately to Jeff Mullins barn and owner Robert D. Bone. Soon after finishing 2nd in the $250,000 Cal National Snow Chief Stakes at Hollywood Park FCH was claimed again, this time by trainer Bill Spawr and owners Craig, Sid and Jenny Rader.

The game gelding continued to work his way through the West Coast claiming ranks, ending up, eventually, with trainer Neil Knapp in 2013 and racing mostly at Emerald Downs and Portland Meadows.

These days, you can add to these the number 2, for two new best paddock mates: Danthebluegrassman and Flick, who have help Fighting City Hall ease into retirement here at Old Friends.

Our thanks to Joy Aten for helping to arrange FCH’s retirement to Old Friends and to trainers Neill Knapp and Joan Holmes and owner Bony Barn Stables for allowing us care for their good old boy.

Interesting Facts:
Retired and living out his life happily at Old Friends in Georgetown as of May 20 due to the efforts of a non-race individual.