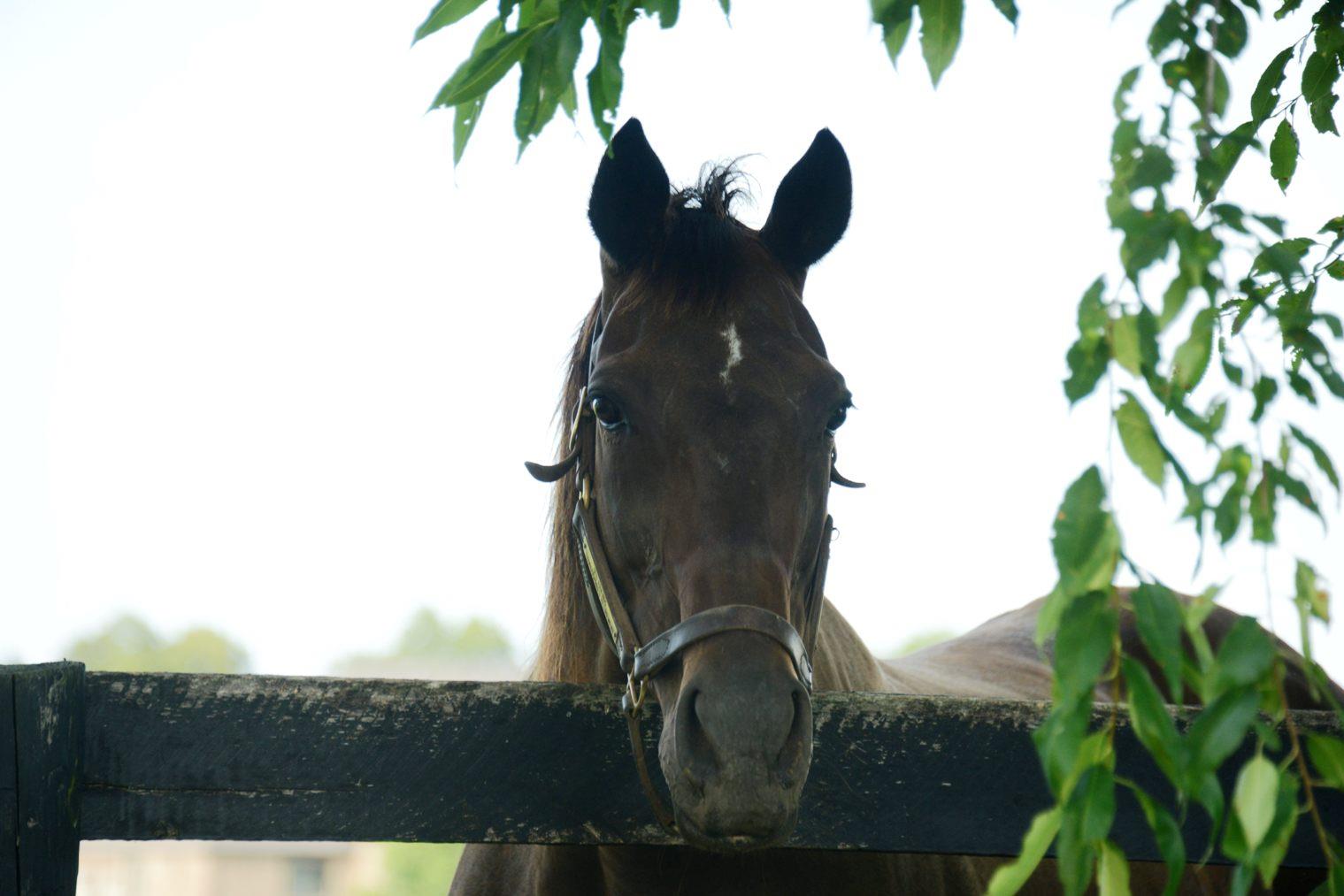 Elusive Honey was a twenty-one year old daughter of Elusive Quality who also sired Smarty Jones. As a filly she raced 14 times. Trained by Bill Mott, she achieved three wins Ellis Park and Churchill Downs at age 3, and at Gulfstream Park at age 4. At age 5 Elusive Honey became a mom. She had foals by prestigious stallions such as Johannesburg, Tale of the Cat and Into Mischief. Most were winners. However, when advancing age decreased her profitability as a broodmare she was gravely at risk. Thanks to Dr. Bryan Waldridge she found safe harbor at Old Friends in June 2017. Elusive Honey spent four happy, easy-living years on our Georgetown, Kentucky farm, first as a member of Bint Marscay’s herd, which also included Hidden Dark and Miss Du Bois, and later as a twosome with Miss Du Bois.

During her four years with us she endeared herself to all with her sweetness, unassuming manner, and her wonderful streaks of spontaneous playfulness. We lost her to colic June 6, 2021 but we will always remember her with love.
Beth

Elusive Honey was foaled in Kentucky on April 27, 2000. She raced at ages three and four, with all but two of her starts in her home state. Owned by Dana and David Garner, and trained by Bill Mott for most of her career, she won at Ellis Park, Churchill Downs and Gulfstream Park against allowance competition. She earned a lifetime $111,165 in 14 starts including 3 firsts, 4 seconds and 3 thirds. As a broodmare she produced seven foals to prestitious stallions such as Tale of the Cat, Johannesburg and Harlan’s Holiday. All seven were runners and earners, but by 2017 reproductive issues had ended her breeding career. One evening while visiting Little Silver Charm, Dr. Bryan Waldridge, Elusive Honey’s veterinarian and ours, informed us of this sweet girl’s need for a home.
Since June 2017 Old Friends has been fortunate to have this lovely, peaceable, and somewhat self-effacing, mare among its main farm’s residents.