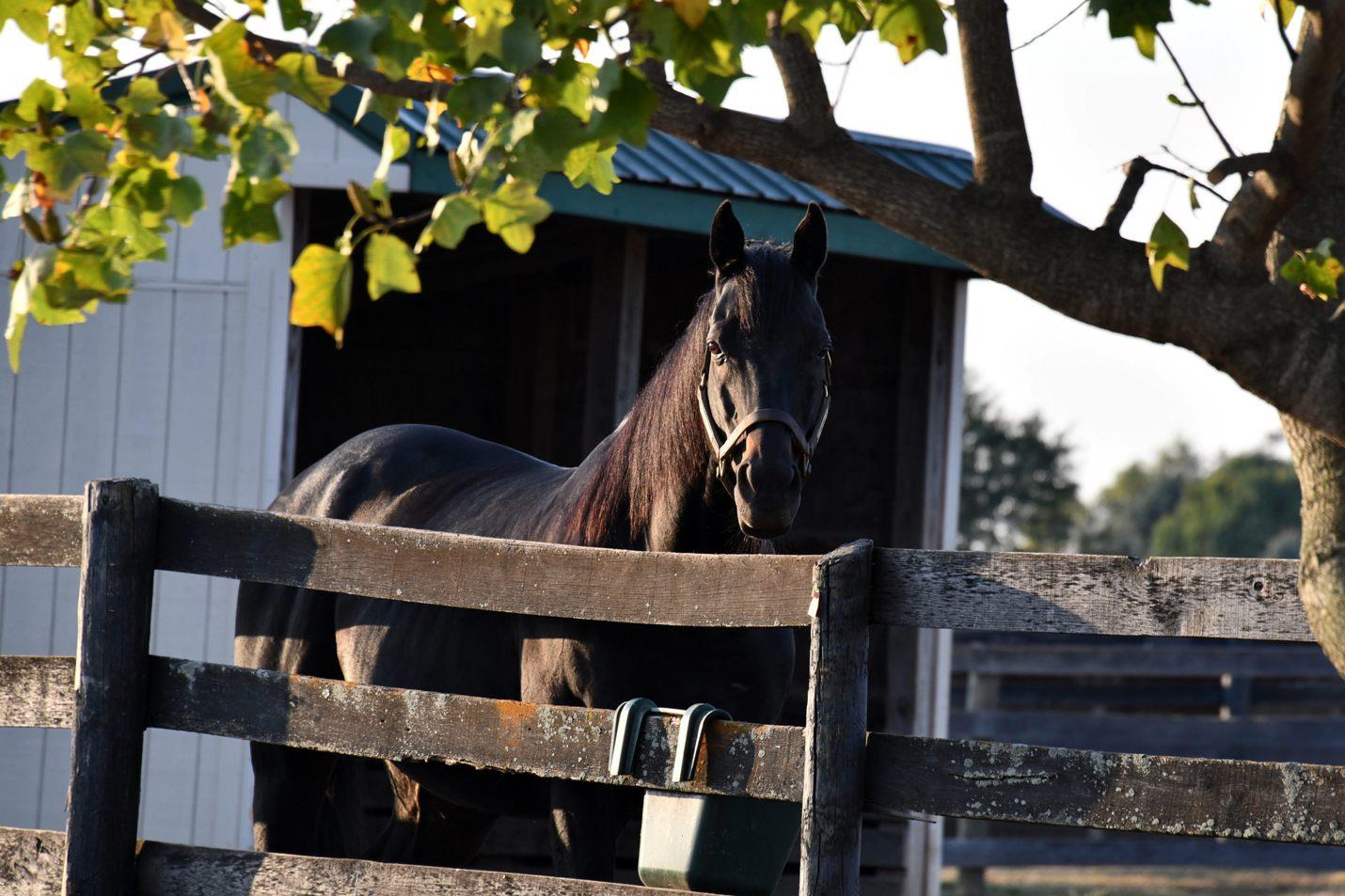 The 18-year-old son of Kentucky Derby winner Spend a Buck had been pensioned at Old Friends Thoroughbred Retirement Farm in Georgetown, KY, since 2019. He was euthanized this morning at Park Equine Hospital due to complications of cancer.

Michael Blowen, founder and president of Old Friends, made the announcement this morning.

Trained by Helen Pitts, Einstein (Spend a Buck–Gay Charm, by Ghadeer) captured the 2009 Santa Anita Handicap (gr. I) and four grade I stakes on turf, including back-to-back triumphs in the Woodford Reserve Turf Classic at Churchill Downs.

Other wins included the 2008 Clark Handicap (gr. II), also at Churchill, and the Mervin H. Muniz Jr. Memorial Handicap (gr. IIT) at Fair Grounds. Einstein was among the first to have victories on all three track surfaces: dirt, turf, and synthetic.

Einstein retired from racing in 2010 to stand at The Stronach Group’s Adena Springs near Paris, KY. He later stood at Adena Springs North in Ontario, Canada, and at Magali Farms near Santa Ynez, CA.

His top runners include grade III winner Rankhasprivileges and multiple-stakes-placed E Equalsmcsquared. In 2019 Einstein was retired by Adena Springs to the non-profit organization.
“When we first retired Einstein, he was diagnosed with a tumor,” noted Old Friends’s Blowen. “Dr. Rhodes Bell of Park Equine performed a delicate operation and removed the tumor. The procedure allowed Einstein to enjoy more than a year of happy life with Old Friends before the fast-growing tumors re-occurred over the weekend.

“Einstein was as classy and smart as he was handsome,” Blowen added. “He was a farm favorite, and he was especially fond of John Bradley. I wished we could have taken care of him for another decade.”

It figures that a horse named Einstein would be brilliant. Indeed, the Brazilian-bred son of Spend a Buck proved among the best of his era, winning Grade 1 and 2 stakes on turf, dirt and artificial surfaces, over distances of 1 1/8 miles to more than a mile and a half, from ages three through seven. Trained by Helen Pitts throughout his race career, Einstein won the 2006 Gulfstream Park Turf S (G1) ridden by Rafael Bejarano and owned by Midnight Cry Stables, and the 2007 Mervin H. Muniz, Jr. Memorial H at the Fairgrounds with Robby Albarado aboard. In 2008 he won another Gulfstream Park Turf S (G1) under Jose Lezcano, the Woodford Reserve Turf Classic (G2) with Robby Albarado, and the Clark H (G2) with Julien Leparoux. His 2009 victories include the premiere West Coast classic, the Santa Anita Handicap (G1) and Woodford Reserve (G1), both with Leparoux riding. He also competed in the 2009 Breeders’ Cup Classic for Stronach Stables. The word “great” comes to mind. So do “powerful,” “versatile” and “tactical.” Einstein’s career earnings are $2,945,238 with 30 starts, 11 wins (half of them G1), 4 seconds, and 4 thirds. Einstein did stud duty at Adena Springs, then Daehling Ranch in California. Many thanks to Frank Stronach for enabling this exceptional horse’s retirement to Old Friends.