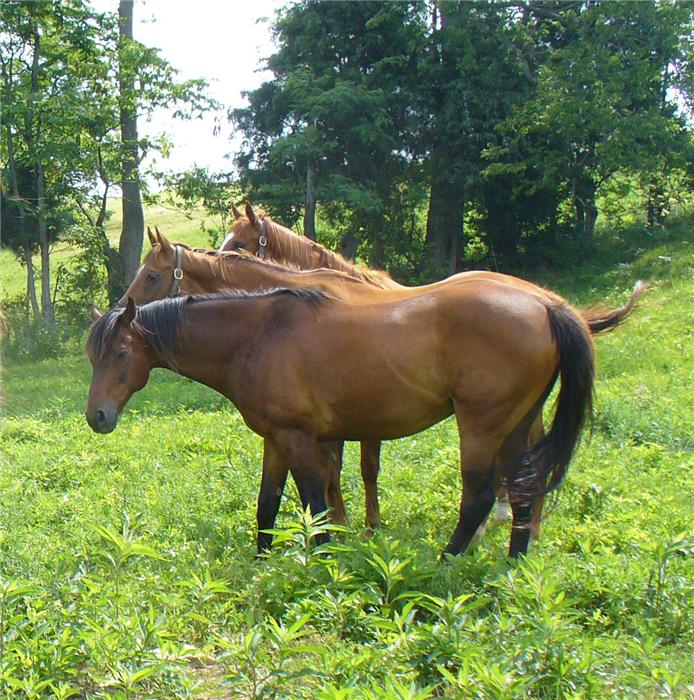 Within just a few days of each other, we lost two tough old New England Campaigners: Duke Ora, 23, and Swan’s Way, 28. They each made 81 starts and died within a few days of each other–Dukie from a neurological disorder and Swannie from inoperable colic. And anyone who thinks Thoroughbreds are the equine version of hot-house orchids, they’re wrong. They were more like Jake LaMotta–a pair of raging bulls.

Dukie won his last race, a $10,000 claimer sprinting on the grass on Aug. 12, 2006. He was 13 and retired soon thereafter with 16 wins and earnings of $173, 626. For most of his career he was owned by Patricia Moseley. But, on his luckiest day, he ended up in the barn of my former trainer Lorita Lindemann. When it was time for him to retire, she thought of Old Friends. Like Swannie, he was never ridden by a Hall of Famer or aimed for the Triple Crown but he was always game to fill a race and give it whatever he could. He was so tough he even outlasted the tracks where he primarily competed: Rockingham Park and Suffolk Downs.

While Swan’s Way fell short in the wins and earnings department with eight lifetime victories and $64, 715, this Paul Mellon-bred placed 16 times with 15 shows. All heart. And he raced until he was 15. He survived his first colic episode when we were still at Hurstland Farm 10 years ago. He might have never out-run his odds on the track but he certainly did at Old Friends.

We’re deeply thankful to all of the visitors who paid their respects to Swan’s Way every day during the tours. He enjoyed his premiere space near You and I, Touch Gold, Nobiz Like Shobiz, and Geri. Old Friends volunteer Tom Beatty, Swannie’s best friend, was with him when he past. Swannie was his Silver Charm.

Horses with the tenacity of these two don’t show up very day. But they showed up at Old Friends. And for that, we are eternally grateful.

Duke Ora campaigned long and hard at Michael’s old stamping grounds, Suffolk Downs and Rockingham Park in New England.  Beginning his career on the dirt, he found his niche on the turf at distances from 5 furlongs to 1 mile.  He raced through the age of 12 before being retired by Lorita Lindemann, a hero among trainers.    Duke is no shrinking violet.  If he was a guy, he’d probably be big into beer and football.   As it is, he loves attention and treats.

Interesting Facts:
Raced through the age of 12