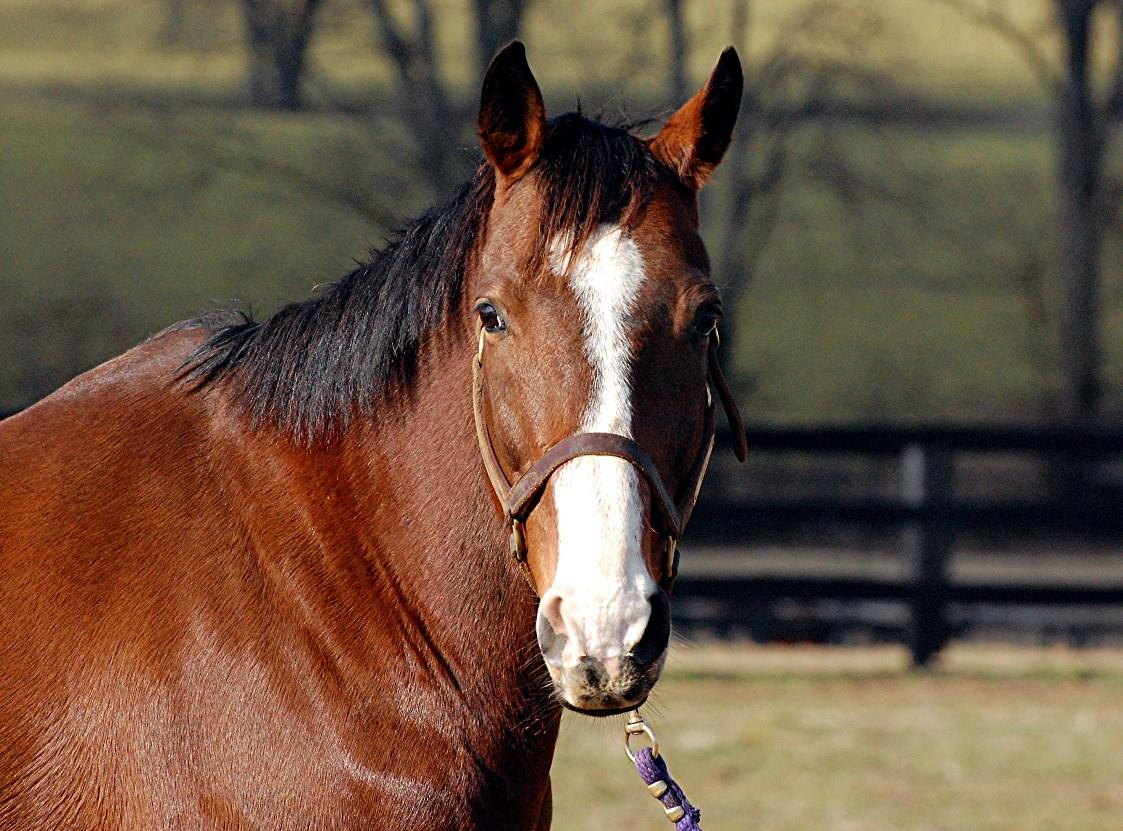 Disturbingthepeace did indeed make some noise during his four year racing career. The buzz started when the three year old son of Bold Badgett won the Triple Bend Breeders’ Cup Invitational (G2) at Hollywood Park in July 2002, continued when he took the Bing Crosby Breeders’ Cup Handicap (G2) at Del Mar a few weeks later, and reached a crescendo that August with his victory in the Pat O’Brien Handicap (G2) also at Del Mar. The three Grade 2 wins were the culmination of a 6 race win streak on three different courses. In August of 2003 the bay grandson of Damascus repeated his triumph in the Pat O’Brien (G2), finishing ahead of two future Old Friends colleagues, Bluesthestandard and Danthebluegrassman. In August of 2004, trainer Darrell Vienna and owners David and Rita Milch and Bill and Donna Herrick decided retirement was in his best interest. In all, he won $666,020 with 8 wins, 4 seconds and 4 thirds in 24 races. Old Friends is privileged to provide this brilliant sprinter the enjoyable future he has more than earned.