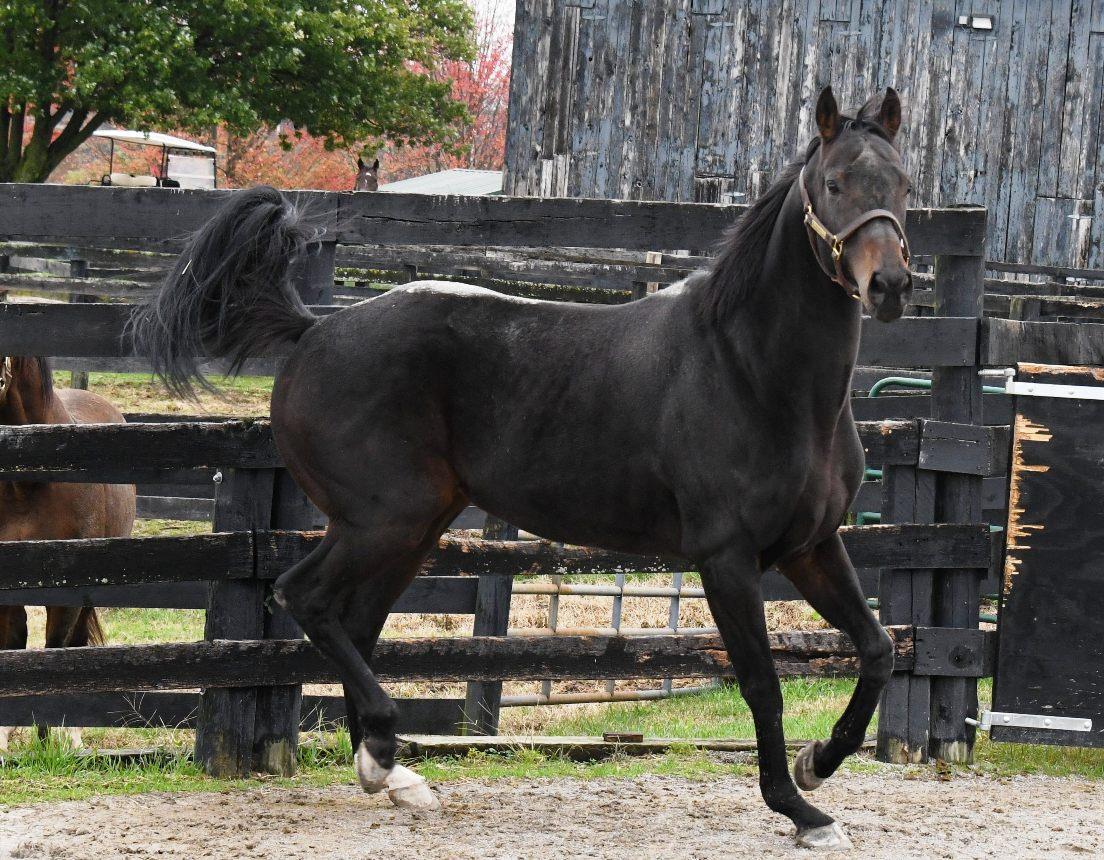 Chocolate Ride, a multiple graded stakes winner, began racing at age three for owner John Oxley and trainer Mark Casse. He broke his maiden at Woodbine ridden by Gary Boulanger. At five, for owner John Wentworth and trainer Brad Cox, Chocolate Ride won the 2015 Fair Grounds Handicap (G3) with Florent Geroux up, and the Mervin H. Muniz, Jr. Handicap (G2) with Joe Talamo. At six he took the 2016 Colonel E. R. Bradley Handicap (G3) and Fair Grounds Handicap (G3) again teamed with Florent Geroux. At seven though winless in stakes he continued earning at that level, but by eight his best form was behind him. He was still racing at age ten when analyst Caton Bredar, whose husband Doug is Florent Geroux’s agent, noticed the former stakes horse’s entry in a $12,500 claiming race at Penn National. They contacted Geroux and Brad Cox. Though the gelding was sound, at ten they judged that he had more than earned a secure future. They pooled resources and claimed him. Chocolate Ride retired with 12 wins, 6 seconds and 4 thirds in 39 starts and earnings of $729,638. He has settled in quickly and contentedly and has won the affection of all. Chocolate Ride is a class act, and so are his former connections.