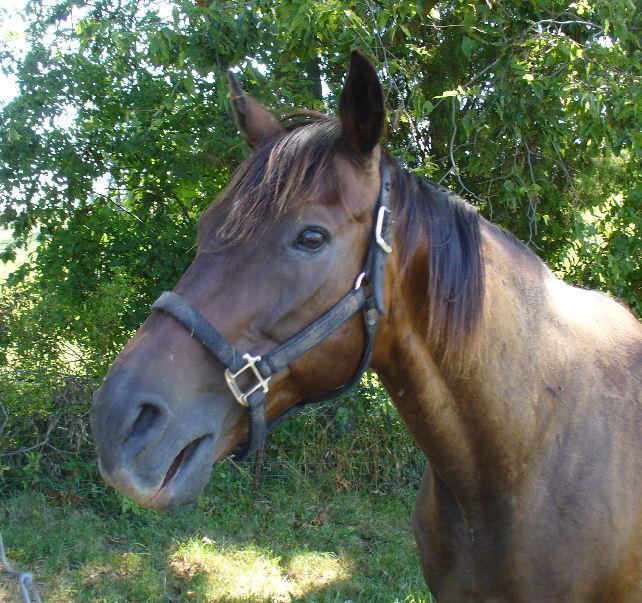 Burrwood only won five races, none of them at stakes level, but he’s a champion survivor. In eight hard knocking years as a Louisiana race horse he earned $43,686 in 49 races. His track career over, he was sent to slaughter. What may seem a turn in his luck delivered him from that fate, but only to endure the harshest of conditions and near starvation—until he weighed only 600 pounds.
Finally, in March 2005, came a true change in his luck when James and Tracy Frazier of Grand Isle, LA took him into their lives, giving up their honeymoon to cover the expenses of providing him loving care. When Hurricane Katrina struck, the Fraziers evacuated Burrwood, but faced with the likelihood of more storm evacuations, they decided to remove Burrwood from the threat of hurricanes and contacted Old Friends.

A bit of a loner when it comes to other horses, Burrwood knows how to inspire the affection and admiration of people. As Tracy Frazier wrote, “I saw this majestic animal riding in the arena and fell in love. He looked at me and I swear I saw his short hard life, I saw his soul, saw an innocent heart and unconditional love coming from him.”