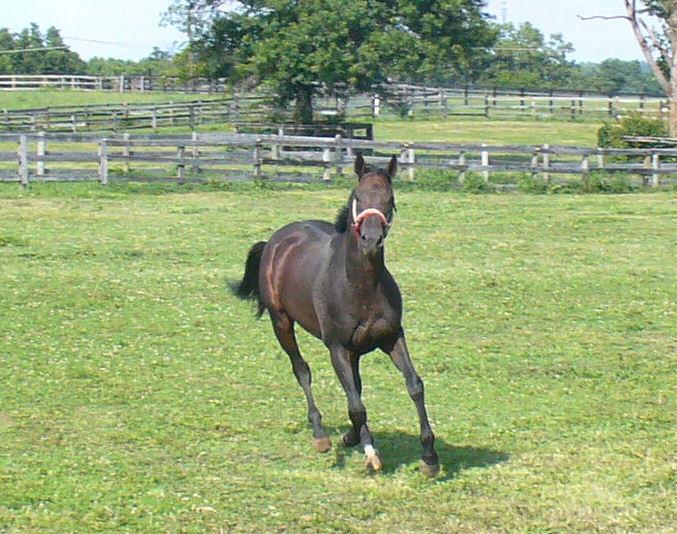 Bred in Ireland by Major K. R. Thompson, Boule d’Or began his racing career in Ireland, winning first time out and quickly moving up to stakes level. He won handicaps at major tracks in Ireland and England at 1 1/8 mile to 1 1/4 mile on the turf. Next, trainer Roger Ingram tried him against global company, shipping him to Nad Al Sheba in Dubai, where with regular jockey Nigel Day up, he set a track record for 1 1/4 mile in 2:01.18, and in his next race defeated champion sprinter Bianconi. Boule d’Or continued racing in Great Britain and Dubai, then headed for the American West Coast. By then he was on a long losing streak, but he showed his class with a win in the San Luis Rey (G2) at Santa Anita with Tyler Baze in the irons.

Baze continued as his regular jockey, but Boule d’Or was now 7 years old and no longer at the top of his game. He quickly dropped through the claiming ranks, until at 8 years old the horse who had earned in the hundreds of thousands failed to place in a $8,000 claiming race. It was then that Gail Hirt, a volunteer for Canter-Michigan, raised the funds to retire the veteran campaigner. Old Friends thanks Hirt,

Pleasanton track announcer Frank Mirahmadi, and Boule’s last racing owner, Robert Gray, for playing important parts in giving Boule d’Or the secure future he has earned. In all, he raced 58 times with 9 wins, 8 seconds and 13 thirds, for earnings of $598,021.