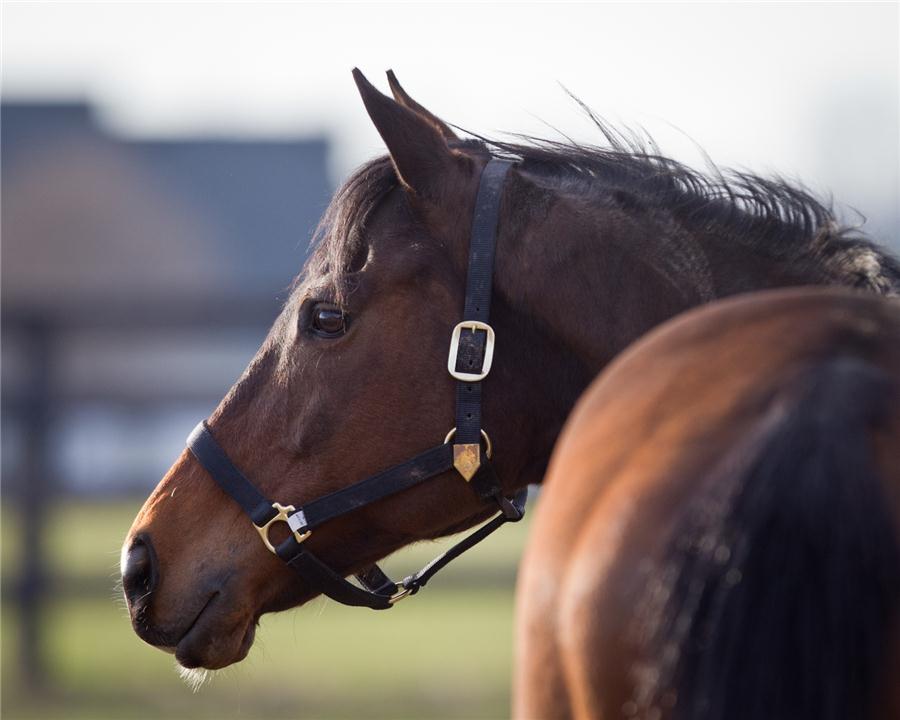 Ball Four set a new track record at Belmont Park, going 7.5 furlongs in 1:29:38 when he broke his maiden. For the next six years, the bay son of Grand Slam kept delivering gutsy wins, among them the Kentucky Cup Classic (G2) in which he set another track record, 1 1/8 miles in 1:48:29 at Turfway Park, the Tejano Run S, the Fayette S (G3) at Keeneland and the Mervyn LeRoy H (G2) at Hollywood Park. When after a long career of giving his best the hard working gelding was still racing at bottom level, it was time to award him the secure retirement he’d abundantly earned.
Ball Four’s future is assured thanks to many friends of Old Friends, including Laura Hillenbrand, Mike Repole and Maggie Moss. Special thanks go to Bruce Golden Racing and trainer David Jacobson, who took Ball Four off the track and donated him to Old Friends, and to Sallee Vans which—as so often—donated his transportation. And not least, to former New York Yankees pitcher Jim Bouton, author of the book, Ball Four, who has participated in events on behalf of the gutsy old warrior. Ball Four has settled in at Old Friends’ main farm in Georgetown, where his outgoing kindness has made him popular.