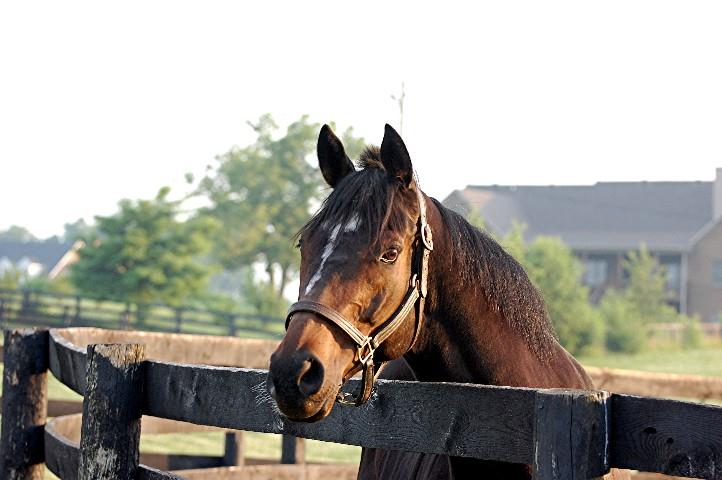 Arson Squad’s record is formidable. His 35 starts, mostly stakes, resulted in 9 wins, 1 second and 8 thirds and earnings of $1,190,181. Among his victories are the Swaps Breeders’ Cup S (G2) at Hollywood Park, Strub S (G2) at Santa Anita, Meadowland Cup (G2), Skip Away S (G3) at Gulfstream and Alysheba S (G2) at Churchill Downs.

A top contender from 2006 through 2011, the game gelding outran many of the best of his time and it seemed he’d go on beating them forever. But on the last day of 2011 he suffered career ending injuries in a training accident at Gulfstream Park. After surgery in Florida he recuperated at Lexington’s Rood and Riddle Equine Hospital, where he earned a reputation as a good patient.  Released from the hospital in February 2012, Arson Squad arrived at his new home, Old Friends’ Dream Chase Farm in Kentucky.

Old Friends extends big thanks to Arson Squad’s owner Samantha Siegel who paid for his operation and makes donations on his behalf. He has also been adopted by Nick Newman’s wing of the Lexington Fire Department. Through the exemplary support he has received, this champ’s prospects are bright.

Joined Old Friends:
Retired due to an injury suffered in a workout at Gulfstream Park, December 31, 2011.