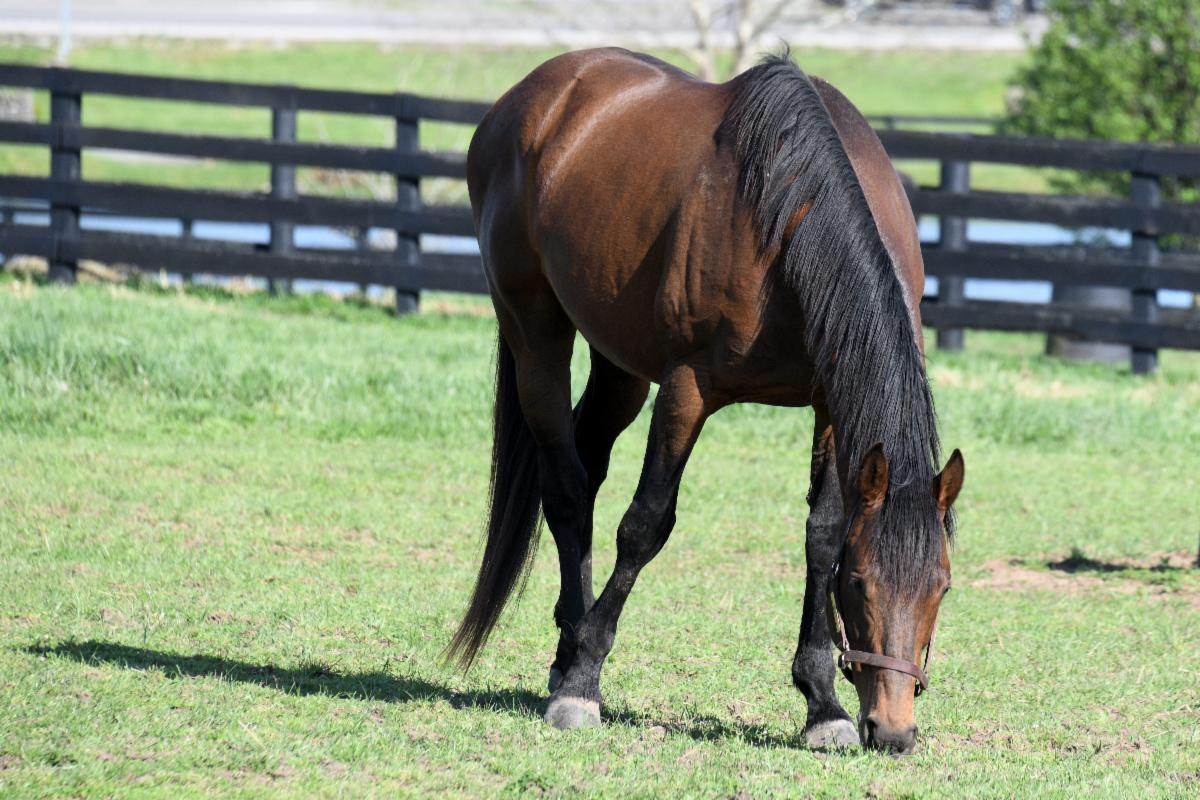 The son of Old Friends retiree Albert the Great, out of the Forty Niner mare Chasethewildwind, Albertus Maximus broke his maiden as a three-year-old at Santa Anita.

The following year he proved not only his talent but his versatility when he captured his first graded stakes, the 2008 GR1 Breeders’ Cup Dirt Mile, on synthetic surface, again at Santa Anita. He followed that with a win on the dirt in the 2009 GR1 Donn Handicap at Gulfstream.

In addition, he captured the Windy Sands Handicap at a mile at Del Mar and was graded stakes-placed three times.

Albertus was retired from racing in 2012 due to injuries that occurred in his last start, the 2010 Dubai World Cup, where he finished sixth as the favorite. He spent his stud career at His Highness Sheikh Hamdan bin Rashid Al Maktoum’s Shadwell Farm near Lexington.

“Albertus Maximus inherited his sire’s self-confidence,” said Old Friends President Michael Blowen. “Like Albert the Great, Albertus was well aware of his extraordinary talents. If he wasn’t the friendliest retiree, he was very handsome and knew it­­–and we specialize in superstars.”