Most of the books below can be ordered by calling us at 502-863-1775 or on Amazon.  If you order on Amazon, please consider adding us as your Amazon Smile charity.  Amazon Smile donates to us for each purchase.   click here for info 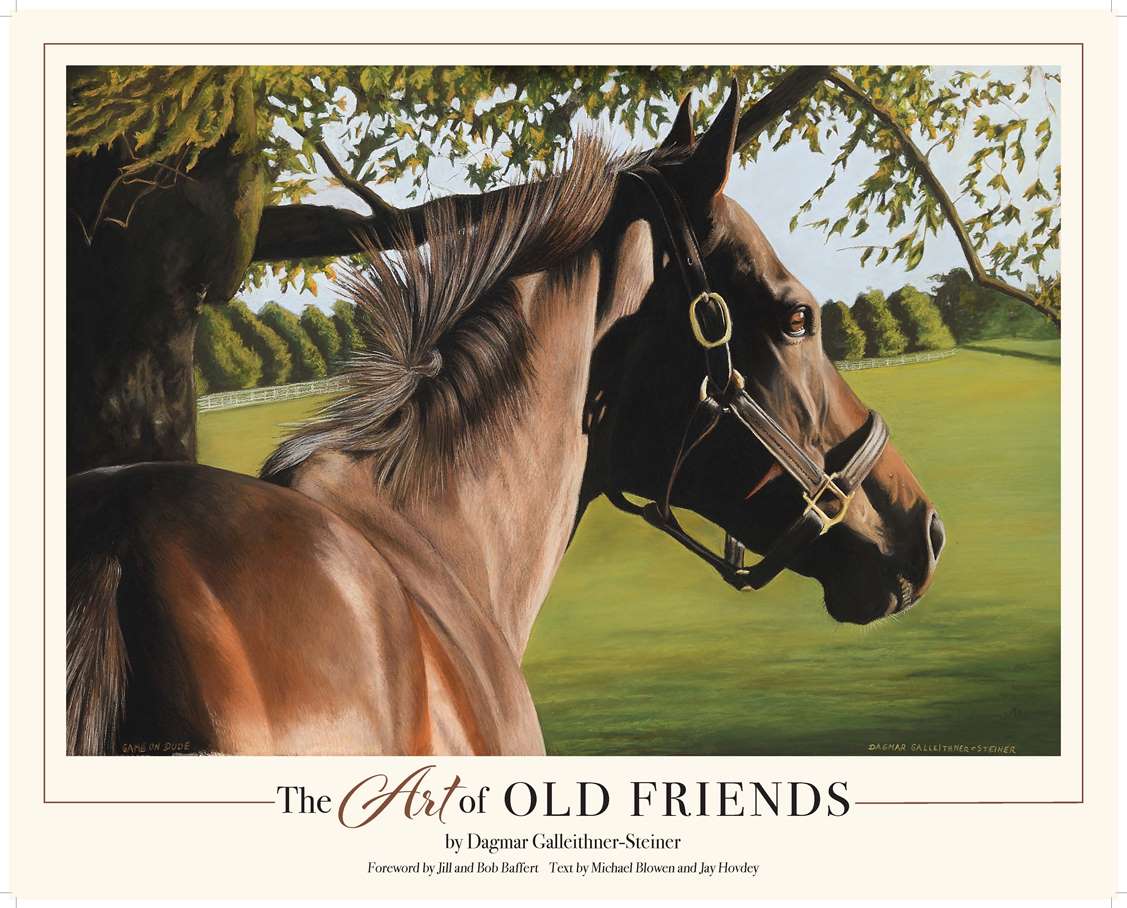 NEW! THE ART OF OLD FRIENDS A collection of paintings

This exceptional collection of paintings, drawings, and pencil sketches has been a long labor of love for Old Friends artist-in-residence Dagmar Galleithner-Steiner. An ode to the farm’s retired athletes, it features almost 50 unique pastel paintings and pencil works of horses both past and present, including such champions as Kentucky Derby winners Silver Charm and Charismatic, the cover boy – Game On Dude, Horse of the Year Black Tie Affair, and Eclipse winners Sunshine Forever and Hidden Lake. Other sketches depict the farm, its people, horses, and other pets-in- residence, like Buddy the cat. Read full book description

Makes a great corporate gift, too! 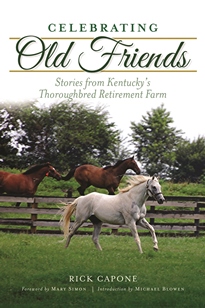 2017:   When Michael Blowen first dreamed of creating Old Friends, he envisioned a place where Thoroughbred stallions could retire with dignity following their racing or breeding careers. He also wanted people to come and visit the iconic horses.

In his follow-up to The History of Old Friends, author Rick Capone revisits the unforgettable history of this horse retirement home and tells the stories of some of the farm’s greatest horses, including Kentucky Derby winners Silver Charm, War Emblem and Charismatic, whose time on the farm was way too short. 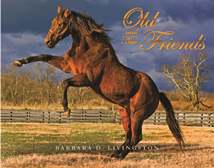 2016: When Barbara Livingston’s first “Old Friends” book was released in 2002, the simple concept of chronicling famous – and some not-so-famous – Thoroughbreds in their senior years lit a spark within horse-racing aficionados and further editions followed. Now, Livingston brings us “Old and New Friends,” featuring nearly 100 retired horses including dual classic winner Silver Charm, champion Hidden Lake, and the country’s oldest-ever recorded Thor­oughbred, Prospect Point. And in a slight departure from the earlier editions, Livingston also features some younger subjects this time, including the 2009 Horse of the Year Rachel Alexandra and the 2015 Triple Crown winner American Pharoah. Hardcover book.  $39.95 plus shipping. We have a few left – but numbers are limited! 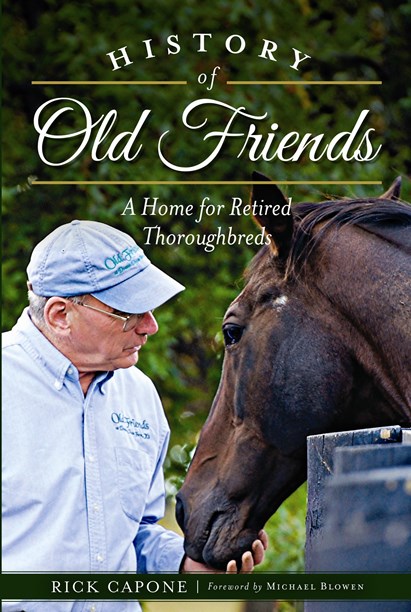 History of Old Friends A Home for Retired Thoroughbreds

2014: This is the story of the creation of Old Friends, a Thoroughbred retirement farm in Georgetown, Ky., by Michael Blowen, who turned a dream into reality.

Like many before him in the Bluegrass State, Michael Blowen, a former Boston Globe film critic, fell in love with horses, specifically Thoroughbreds. The reality beyond the racetracks, he knew, was that each day a Thoroughbred was in the spotlight, for some of these distinguished athletes, their days were numbered. For that reason, he dreamed of finding a way to give them a dignified retirement after they completed their rigorous racing careers. When he opened the Thoroughbred retirement farm Old Friends in Kentucky in 2003, he never dreamed his idea would grow so big, so fast. Today, Old Friends is home to more than 130 horses, many of them stallions, as well as geldings, mares and one loveable miniature horse named Little Silver Charm. Join journalist and horse lover Rick Capone for the story of Old Friends and the horses that call the arm home.
50% of the sales of this book is donated to Old Friends.  Softcover. 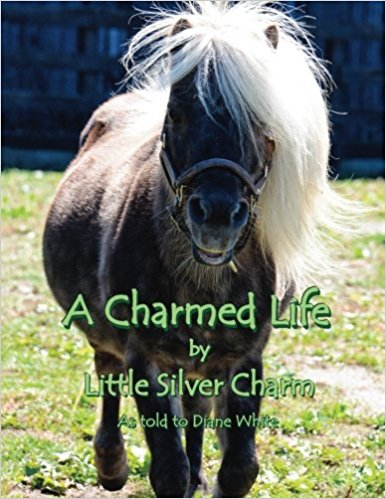 By: BY LITTLE SILVER CHARM (AND DIANE WHITE)

2016: Little Silver Charm, the official “spokeshorse” at Old Friends made his debut as an author with the release of A Charmed Life (Old Friends Press) in 2016.

Through his wry and witty observations Little Silver Charm chronicles the story of Old Friends and showcases many of the celebs that have visited the farm over the years, including jockeys Rosie Napravnik, Kent Desormeaux, Angel Cordero and owner Joe Torre.

Little Silver Charm, a presumed miniature cross, was rescued from a slaughter-bound truck for $40. He was adopted by Old Friends founder and President Michael Blowen and his wife Diane White, and has since developed a loyal following of fans and supporters. 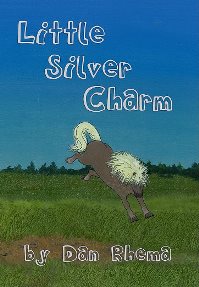 2015: Little Silver Charm, a miniature horse with a bump on his head and no memory, finds himself the newest resident at Old Friends Farm, a home for retired Thoroughbred racehorses.

Little Silver Charm is an imaginative, engaging book, filled with charming characters—old friends and some new ones, too—along with an incorrigible villain to add spice to the mix. Goodness and love triumph in the end, of course, as they forever should.
– Bill Mooney, Eclipse Award-winning turf writer

Dan Rhema captures the spirit of Old Friends and its resident good-luck charm, Little Silver Charm, in this enjoyable novel that will introduce young readers to the great work being done at this wonderful equine retirement facility.
– Jay Privman, award-winning writer with Daily Racing Form and proud Old Friends supporter

50% of this book’s profits are donated to Old Friends.   Softcover.