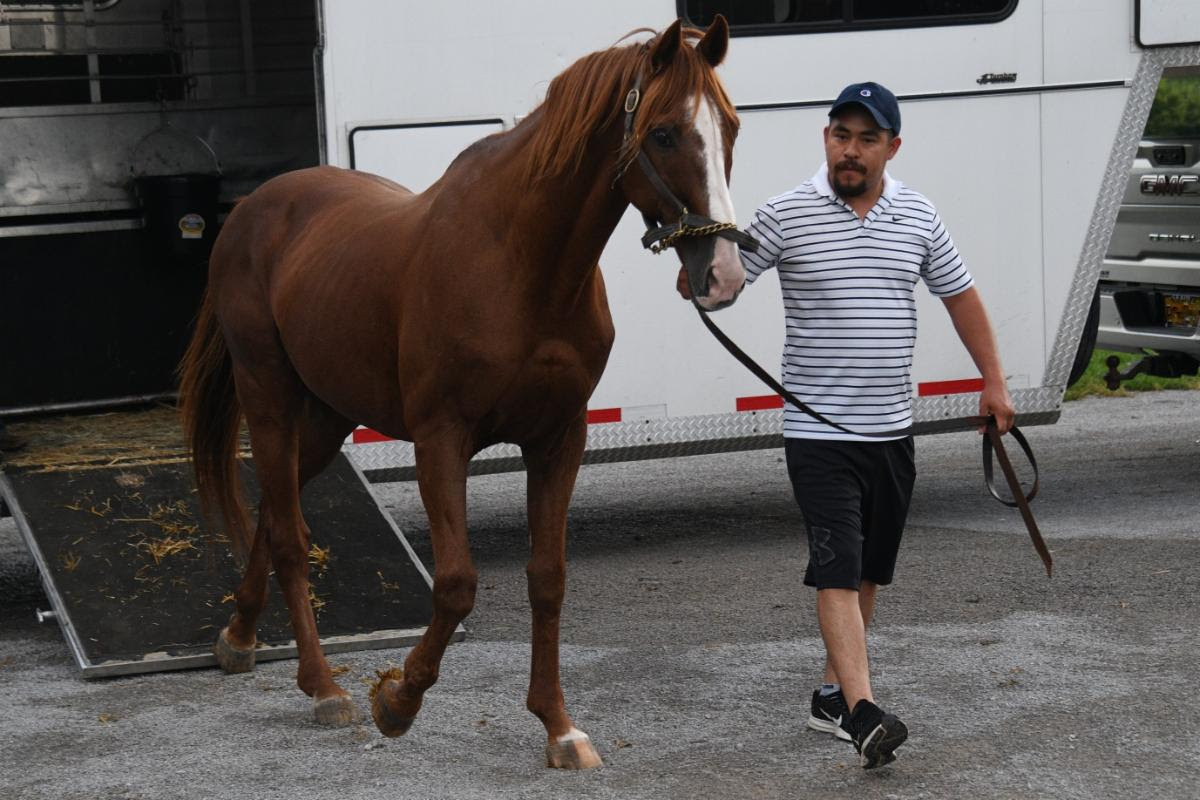 The now 20-year-old stallion arrived September 11 from Lake Hamilton Equine in Royal, Arkansas, where he had stood since 2011.

A millionaire Kentucky-bred son of Sefapiano out of the Filly Triple Crown winner and Eclipse Champion Mom’s Command, Jonesboro was campaigned by owner Michael Langford and trainer Randy Morse for the duration of his career, which spanned seven seasons.

A veteran handicap horse, Jonesboro captured multiple graded stakes, including the 2007 Grade 3 Essex Handicap and the 2008 Grade 3 Razorback Handicap, both at Oaklawn Park.

In his banner year, 2009, Jonesboro was victorious in the Grade 3 Texas Mile Stakes at Lone Star Park and in the 2009 Grade 2 Prairie Meadows Cornhusker Handicap.

After his final start at Zia Park in 2010, Jonesboro retired to stud, where he sired stakes winners, Racer, Brooke’s a Bookin’, and Hoonani Road.

“Like most of us, Jonesboro owes a lot to his mother,” said Old Friends President Michael Blowen. “Mom’s Command was owned by Peter Fuller, who also campaigned Dancer’s Image. Peter contributed $500 to Old Friends when we first started. And his daughter, Abby, who rode Mom, is a lifelong friend. Generosity and nepotism still matter.”